Fonterra is pledging to use its strong half-year profit to help its hardest hit farmers survive weak dairy prices.

The country's biggest company more than doubled its profit to $409 million in the six months to January, and signalled it would pay part of its dividend of 40 cents a share earlier than normal.

Normalised earnings before interest and tax were $665m, up 77 percent on the comparable period, and net profit after tax was up 123 percent to $409m.

Weaker dairy prices have hurt farmers but boosted Fonterra's earnings because low prices reduce the cost of making its products.

Fonterra chairperson John Wilson said the dividend payment was being fast-tracked to get money to cash-strapped farmer-shareholders quickly.

It expected to pay shareholders a 20 cent interim dividend in April.

Two further 10 cent payments were expected to be made in May and August, which Fonterra said would help farmers at a time when cash flows were extremely tight.

"This is money that has been freed up so it can go back into these businesses sooner and help out farmers to get through the low milk price cycle."

Fonterra's milk price forecast is holding steady at $3.90 a kilo of milk solids.

"We don't determine supply and demand in the global context. We don't determine whether there is an embargo in Russia, or Chinese reset of the economy - the quotas being lifted in Europe. The $3.90 is tough on farmers, but it's something that we cannot control."

However, he was optimistic it would turn around.

Demand for dairy was growing at 3 percent a year - the equivalent of 12 billion litres of milk.

"That needs to come from somewhere, so the world of dairy is a positive scene"

The price will lift, but not to the levels it was before, he said.

Listen to duration 18′ :55″
from Checkpoint
Add to playlistPlaylist
Download
Listen to

But he said the weak milk price forecast meant the total payout was still well below the break-even mark for many. 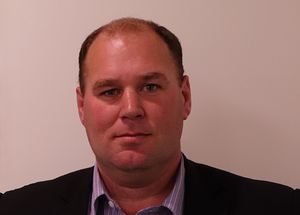 "With this dividend it only takes you up to $4.30, so what that shows is that we still need a better milk price. And that is largely out of Fonterra's hands, it is largely a global problem."

Mr Wilson said the supply and demand imbalance in the globally traded dairy market had brought prices down to unsustainable levels for farmers around the world, and particularly in New Zealand.

The strong dollar had also had a negative impact on the milk price, he said.

"The low prices have placed a great deal of pressure on incomes, farm budgets, and our farming families.

"Our priority is to generate more value out of every drop of our farmers' milk by focusing on the areas within our control. We aim to efficiently convert as much milk as possible into the highest-returning products." 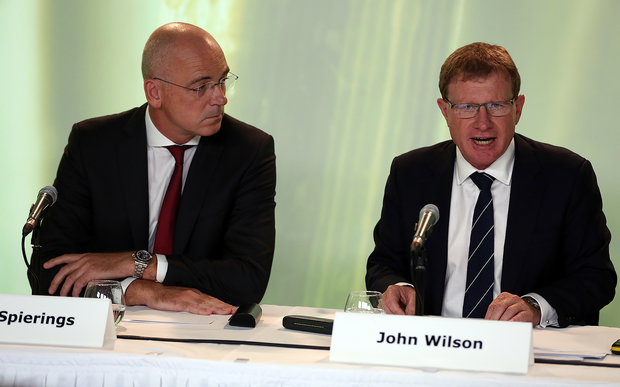 The co-operative had been able to lift its dividend for farmers because it had built demand for those high-value food products, he said.

"It's important that we've made the money before we pay it through to our farmers, so pleasingly we are in the position to pay the 20 cent dividend now.

"That period from June to September is a tough cash flow period when farms aren't producing milk.

"It's been very pleasing the amount of progress that's been made in shifting more product into not only consumer and food services, but also into more valuable ingredients as well."