Consumers have joined a chorus of voices calling on credit card rates to drop and reflect the country's lowest ever interest rates. 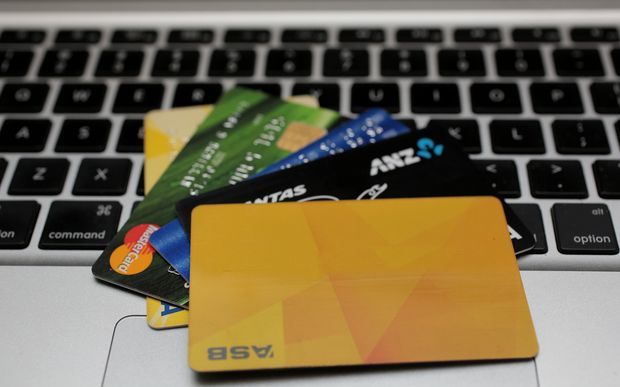 Floating mortgage rates with the main banks are now below 6 percent, with some fixed rate mortgages just over 4 percent.

Credit card rates, however, have hovered around the 20 percent mark for several years.

"If interest rates are finally on par with other countries, then I guess credit cards should do the same."

New Zealanders relied too heavily on credit, especially given how steep lending rates are, she said.

"I think the way that people use credit cards means 20 percent is too much."

Chef Jared Thomas said it wasn't right banks could get away with charging such high rates.

"It doesn't seem fair, with interest rates being so low, that they can still get away with charging such a high rate on a credit card.

"They dropped the interest you get on term deposits and things like that, so you'd think it would only be fair that they drop the interest on credit cards."

Lawyer Maria Mortimer said it was "disgusting" that credit rates haven't budged in several years despite the falling OCR.

"I think it should be reflected in the credit card rates.

"I mean, it's not costing them any more is it."

Mary Pinfold, a retired director, said while a drop in rates was touted in the economy as a good thing, it didn't translate into the lives of those who don't own homes.

"I think there's a lot of people that are paying their credit card rates when they don't actually get the benefit in the drop of interest rates."

Some say they've chosen to live their lives free of the shackles of credit altogether. Electrician Rodolfo Berland said he only deals in cash, and doesn't plan on ever taking out a mortgage.

He also doesn't own a credit card.

"I don't have one firstly, just because that is the reason.

"The interest rate that they charge is absolutely irrational."