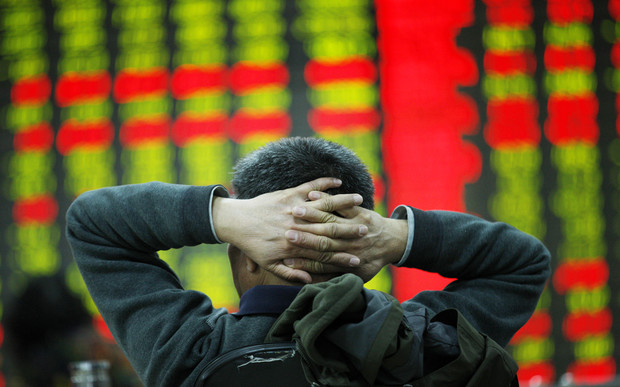 An investor watches an electric board in a stock market in Huaibei, Anhui, east China on 6 January 2016. Photo: Zhengyi Xie / NurPhoto

The ANZ Bank's business survey for February shows a net 7 percent of respondents were confident about the outlook for the next 12 months compared with 23 percent in December, which had been an eight-month high.

Businesses were also less confident about their own outlook, falling to a net 24 percent optimism level from 32 percent in the previous survey.

"The finger can be pointed at the global scene. It's been a rough start to the year ... Our economy is not immune from global pressures. We are a small, commodity-dependent debtor nation."

But, Mr Bagrie said, inflation pressures remained low and the signs from the end of last year were that the economy had reasonable momentum.