Is Finance Minister Bill English in danger of being too complacent? 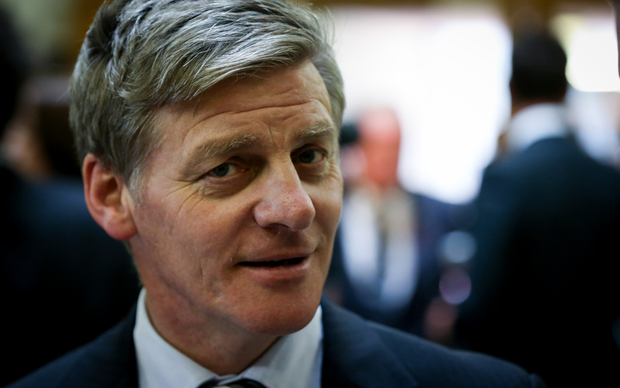 Mr English, who appeared before Parliament's finance and expenditure select committee on Tuesday, highlighted the challenges to the economy, all of which were external.

That included slowing growth in China, weaker dairy prices, uncertainty over the future path of rising American interest rates and it effects on the wider global economy, and the financial health of European banks.

It's a list which would unsettle most finance ministers but Mr English appeared unruffled, calling them "uncertain international factors."

Concerns over slowing growth in the world's second-biggest economy has knocked global stock markets in 2016, making it one of the worst yearly starts ever.

But Mr English pointed out that what mattered for New Zealand was growth in Chinese consumption, and "that is at 9 to 10 percent".

Or what about signs debt-laden dairyfarmers face the prospect of a below break-even payout for the third straight season, and the effect that may have on bank's balance sheets?

Mr English was again sanguine, pointing out the sector has the capacity to absorb losses.

"I would expect that as the forecast payouts dropped and the GlobalDairyTrade price continues to drop, you'd expect the banks to be going back to have another look.

"And again, I would expect there will be a small number of farmers at the margin where the pressure really is growing."

"This year is set to be the most volatile in almost a decade. Bill English needs to get ahead of the game, not play catch up. The government needs to take action, not stand by on the sidelines and watch the monthly reports roll in."

Yet that is what Mr English is clearly prepared to do.

Despite the turmoil overseas and low dairy prices weighing on farmers, there are signs New Zealand's economy is picking up speed, with record levels of net migration and tourism, robust construction and low interest rates underpinning growth.

Mr English said wages continued to grow, while the cost of living was flat.

The government's finances are also in good shape, allowing Mr English to continue dangling the possibility of modest tax cuts next year.

And he has a comrade-in-arms, the Reserve Bank, which he can rely on to do the heavy lifting in the first instance.

So, is Mr English being too complacent?

New Zealand won't escape the fallout if the global outlook takes a sudden turn for the worse.

The cost of insuring overseas funding, on which New Zealand is heavily reliant, is already starting to rise to reflect the jitters on financial markets.

Mr English might also underestimate the fallout from lower dairy prices on farm failures and the strain on banks' financial positions.

But Mr English also has some fiscal and monetary headroom to help combat an economic shock.

And that level of insurance is something his fellow finance ministers would dearly love to have.