RNZ will have live coverage of the TPP signing today. Join us later this morning to stay up-to-date. 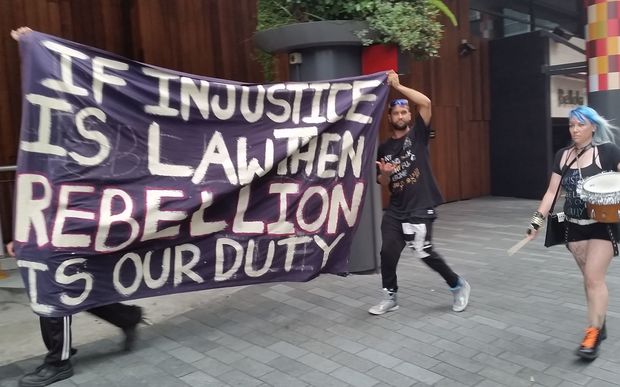 A group of prominent business leaders says it is incomprehensible people are protesting against the Trans-Pacific Partnership (TPP), arguing the controversial agreement will boost exports, growth and jobs.

The TPP, which has been agreed between 12 Asia-Pacific countries, will be signed by trade ministers at Sky City in Auckland this morning amid tight security.

More on the TPP and what it means for New Zealand

Sir Graeme Harrison, the founder and chairman of meat processor ANZCO Foods, was unequivocal about the importance of the TPP to New Zealand.

"To me, [it's] the biggest trade agreement in my working life. Even bigger than the Uruguay Round."

Earlier this week, 28 business groups signed an open letter of support for the TPP, saying the deal would be good for them and the country.

Many of the trade gains will accrue in agriculture, where trade barriers are higher.

He said getting the United States, the world's biggest economy, on board was the key, and the protests against the TPP were essentially anti-American.

"To achieve anything that's a wide-ranging, international agreement on trade, especially in agriculture, you must have the United States involved. And if I look at the protests against TPP, I'd say, in a nutshell, they're anti-American." 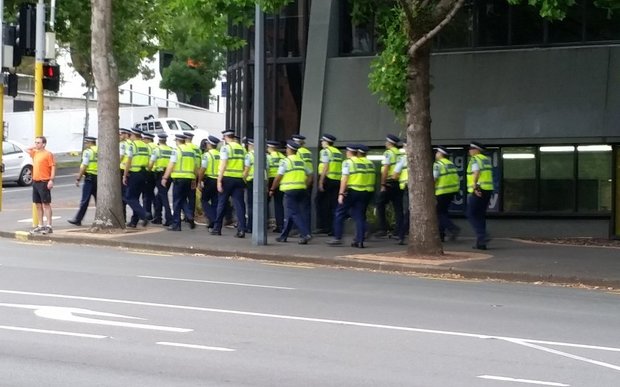 Police on the way to Sky City ahead of the TPP signing. Photo: RNZ / Carla Penman

Technology entrepreneur Sir Peter Maire, who founded Navman, said he did not understand objections to the TPP.

New Zealand had benefited from free trade, he said. "I've never seen any downside from any relationship we've ever had where tariffs have been reduced."

Business leaders are not swayed by the argument that the government will hand over sovereignty to foreign investors.

Sir Ken Stevens, the founder and chairman of baggage handler maker Glidepath, said improved rules for investment, including those that allowed foreign investors to sue governments, would help it in markets such as Chile.

"It cuts through a lot of red tape. It facilitates business in that country on the basis of being very similar treatment for us as an export company as indigenous Chilean companies would get from their government."

The wine industry estimates the TPP will be worth an extra $10 million.

Villa Maria founder Sir George Fistonich said the debate had been too emotional and political. "I don't think a lot of people really go to the history of the sorts of situation and what it means to employment and what is means to our exports. And we are a country that is totally reliant on our exports."

But some business leaders are wary about the extent of the TPP's benefits.

"Issues around plain packaging for cigarettes, or the cost of pharmaceuticals. In pharmaceuticals, the Americans pay the highest price on the planet. And they do that for a reason. They do that because the pharmaceutical lobby in the US. So if that sort of bleeds outside of the US, there will be a price to pay."

Mr Walley said changes in the level of the dollar would make a bigger difference to his firm's profitability than the TPP.

Despite political opposition to the agreement, the government has the numbers to ratify it.

If other TPP nations do the same, business leaders will get their chance to prove their faith is justified.