The world is awash with oil - and the world is running out of places to store it. 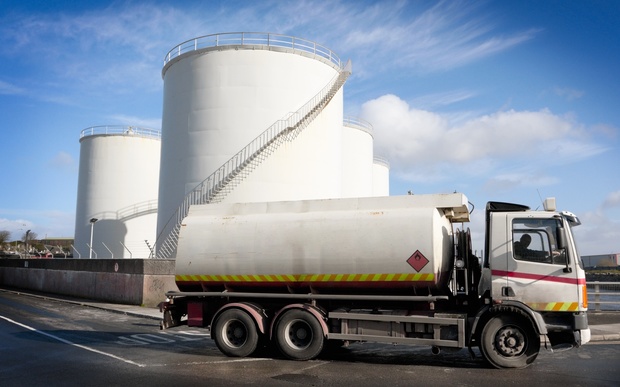 Prices have fallen and the signs are strong they could fall much further.

Twenty months ago, Brent Crude cost more than $US115 per barrel but, in the last week, it fell as low as $US35 per barrel.

That is less than a third of what it has been and way below the peak of $US145 per barrel before the Global Financial Crisis.

In recent weeks, some commentators have spoken of prices going as low as $US20 per barrel.

Oil traders have been buying put options that rate oil at $US30 per barrel in a year from now, giving some credence to those claims.

A handful of put options have rated oil as low as $US15 per barrel, but these are a tiny minority and are considered speculative or defensive.

Low oil prices have deterred foreign oil companies from wanting to come to New Zealand, because they have made exploration in difficult conditions unworthwhile.

Low oil prices have also helped pull down the price of petrol by 19 cents a litre since September.

However the impact of this has been diluted by a high tax component in the price at the pump and by a fall in the value of the New Zealand dollar, from almost 90 US cents two years ago to 68 cents now.

Analysts ascribe the glut of oil to frackers and horizontal drillers producing oceans of oil in the United States, an increase in production in Saudi Arabia and Iran's probable emergence from years of sanctions.

It is a trend that environmentalists regret, saying cheap fuel presents people with few incentives to find renewable alternatives.