A New Zealand nutraceutical company hopes an energy supplement derived from algae will be a springboard to world markets.

It developed the antioxidant astaxanthin, a keto-carotenoid which is the building block of the company's latest product, MakoXcell. 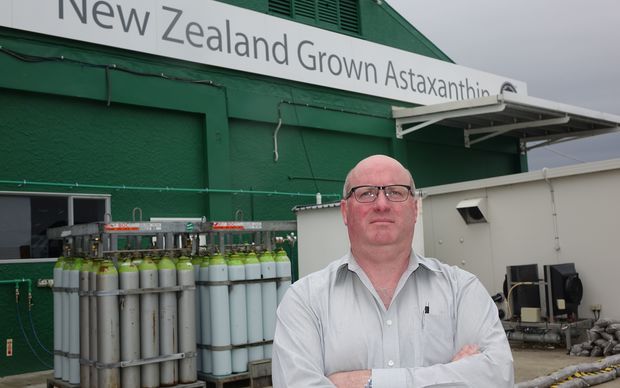 Informed-Sport guarantees all nutritional supplements and ingredients carrying its logo have been tested for banned substances by international sports anti-doping lab LGC.

Mr Dowd said it had been a long, hard road since the product's genesis, which was triggered by an introduction to the Tasman Rugby Union's team the Makos - hence the name.

New Zealand Supreme Biotechnologies medical director Robert Corish, who helped formulate MakoXcell, said it worked by blending astaxanthin with other ingredients to provide both immediate energy and energy for endurance.

It also slowed fatigue by suppressing inflammation, which meant the body could recover faster.

Mr Dowd said it had been designed for possible wider application, including for those suffering from fatigue and people recovering from stress.

"It was quite a process to prove it was free of banned substances," he said. "It took us about a year to go through the process and then we had to sit down with our manufacturers and take them through a registration process."

Mr Dowd said the Nelson base was chosen because of its proximity to two organisations critical to product development.

"There were two key reasons for it - one was the Cawthron Institute where we did a lot of early development of the technology for growing the algae.

"The other was Pharmalink, our extraction partners. There's only one extraction organisation in the Southern Hemisphere that can extract the astaxanthin."

Supreme Biotechnologies was formed in 2009 with support from investors such as former Angel Association chair Ray Thomson and pharmaceutical pioneer Graeme Douglas, as well as government research and development funding of more than $1 million.

"China is the other big market we've made big investment in. We'll be listed on four of the five top e-commerce platforms within the next two weeks so really pushing into that market."

Mr Dowd said managing growth and how to expand would be a key topic when directors met in Nelson next month.