Oil company Shell has put off deepwater drilling planned off the Otago-Southland coast until at least next year.

Shell New Zealand and two partners, OMV and Mitsui E&P, had been planning to drill the test well in the Great South Basin about 150 kilometres from Dunedin this summer.

Shell had said the well would be bored in 1300 metres of water, and would cost about $200 million. 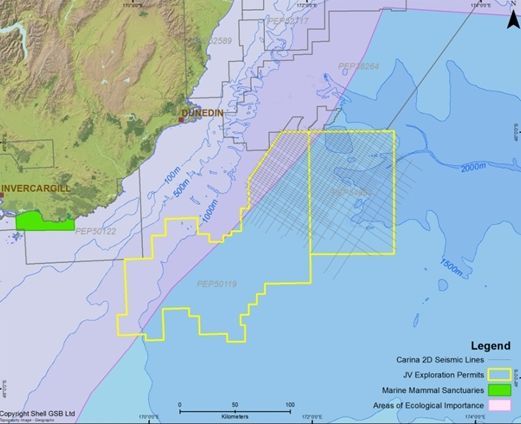 Shell has now said it needs more time to evaluate the basin's complex geology, and cannot yet say when it will be able to drill.

"We won't be drilling in 2016," said chairman Rob Jager. "We are in discussion with New Zealand Petroleum and Minierals, we're awaiting their decision on the revised work programme."

It said Crown agency New Zealand Petroleum and Minerals had agreed to revise the workplan for one of its exploration permits (PEP 54863) but had not yet agreed on a new timetable for the permit area where the drilling is to take place (PEP 50119).

But a group opposing deepwater drilling in the Great South Basin said Shell's postponement showed the company's plans were in trouble.

Spokesperson for Oil Free Otago Rosemary Penwarden said the decision comes just two days after Shell stopped exploring the Arctic region for oil and must be seen in the wider context.

Ms Penwarden said Shell should hand back its permits and walk away so its activities did not worsen global climate change.