Mainfreight has taken a swipe at the Treasury's call to shut down KiwiRail, saying the treatment of the national rail network over the past two decades has been "appalling". 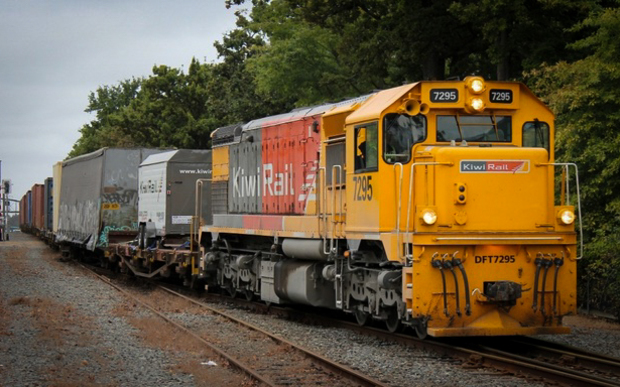 Treasury documents released earlier this month revealed officials were considering "very significant downsizing of the rail freight network", including a complete exit from the business.

While the Government rejected the idea, Mainfreight managing director Don Braid told shareholders at the company's annual general meeting yesterday that the treatment of NZ's rail system by Treasury and goverments over the past two decades had been appalling since its sale to "smirking bankers" in 1992, who made hundreds of millions of dollars for themselves.

Mr Braid said Mainfreight was a strong supporter of rail, and the current and future road network was not capable of meeting the company's demand.

He pointed out that Mainfreight continued to invest in its facilities at rail hubs, and its rail usage had risen by three-quarters over the past decade.

Mr Braid chastised the Government for its failure to have a transport strategy that considers road, rail and ports.

The Labour Party said, when a major company like Mainfreight gave the Government a serve over its treatment of the rail network, it should really sit up and take note.