Christmas spending for the first two weeks of December is up 4.3 percent on last year.

Electronic payments provider Paymark says $2.3 billion has been spent so far this month and is describing Christmas spending as steady. 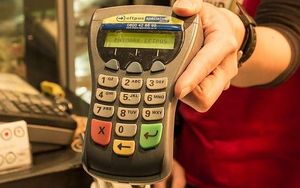 Entertainment businesses have been doing well with spending on accommodation, in cafes and bars up 9 percent year-on-year.

Paymark head of sales and marketing Paul Whiston said there had been some highlights with hospitality and entertainment standing out and people spending 6 percent more on books and video games.

He said the boost in hospitality spending reflected the number of visitors to the country and Christmas festivities.

In terms of the top regional performers, Nelson, Otago, Bay of Plenty, Auckland and Northland are doing well.

On the other side of the coin, spending has gone down in Taranaki, the West Coast, Southland and South Canterbury.

Commenting on the spending statistics, Paymark says the cold summer may influence whether people go out shopping.