The slump in global dairy prices is having a big impact on New Zealand's overseas trade position, and was the major driver of the $1 billion deficit recorded in the September quarter. 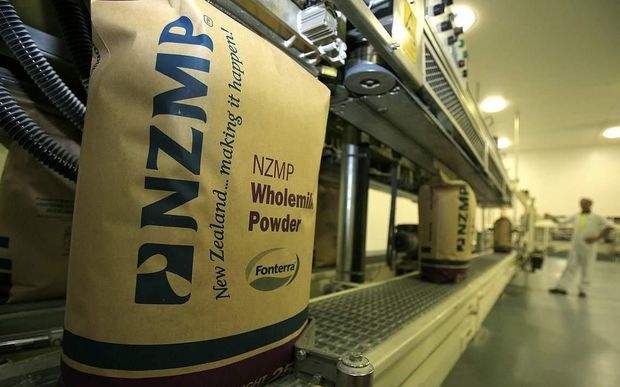 The value of milk powder, butter and cheese exports fell 8.8 percent in the three months ended September, even though volumes of these products sent overseas rose nearly 2.7 percent. That has meant the value of exports to China fell into second place, behind Australia, for the first time in a year.

The value of exports overall fell 3 percent, while the value of imports, rose 3.7 percent.

The jump in imports included two aircraft and, if that was excluded, imports would have been little changed.

Westpac economist Michael Gordon said the $1.4 billion deficit, for the month of September, was substantially larger than expected, but that was mainly due to one-offs and timing differences.

He said there were strong exports and low imports in August.

Last month was the opposite: exports dropping back but quite a large import bill, Mr Gordon said. He said the month-by-month change reflected the number of cargo ships arriving and leaving the nation's ports.

Mr Gordon said the overall trade position had been deteriorating this year, which can be attributed to global forces.He said there had been a steep drop in dairy prices, New Zealand's biggest export.

Mr Gordon also said there had been a reduction in log prices, which has lead to a cut in the harvesting of trees, and the knock-on effect is lower export earnings.