An analyst says Alibaba's debut on the New York Stock Exchange will be followed by a float of its payment provider, Alipay. 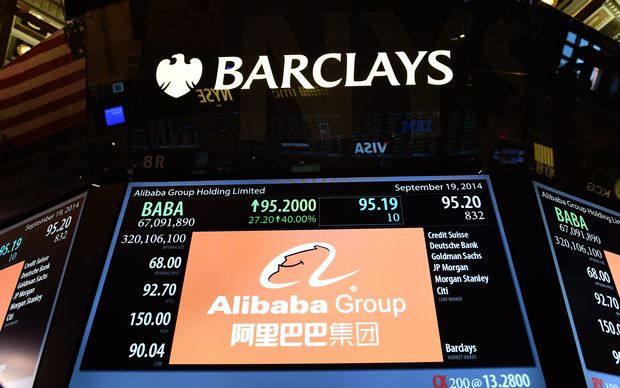 A screen with Alibaba's stock price on the floor at the New York Stock Exchange. Photo: AFP

Alibaba raised $US21.8 billion from its float initially and the underwriters are going to exercise their option for an additional 48 million shares, bringing the float's size to about 25 billion, which will make it the largest initial public offering in history.

The shares ended their first day of trading on Friday at a 38 percent premium to their issue price.

Alipay, the world's largest mobile payments platform with 100 million mobile users, was spun off from Alibaba three years ago because of regulatory issues in China.

China's equivalent of Paypal is thought to account for up to half of all Chinese e-commerce payments and processed a total of $US778 billion in transactions in the year ended June.

Gilles Ubaghs is the financial technology analyst for research company Ovum. He said Alipay could seek a listing in the next 12 months.