The company behind three South Island gold mines is suing the El Salvador government for refusing to grant it a mining permit. 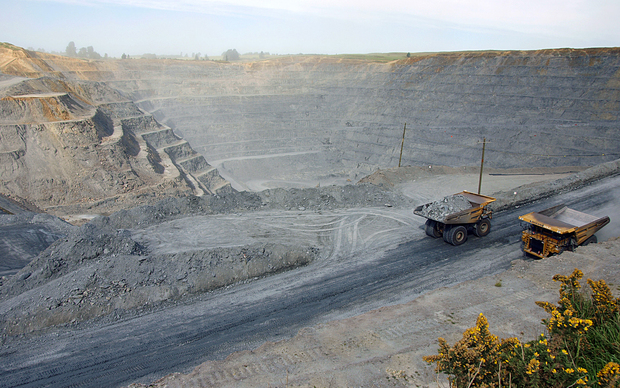 OceanaGold owns the Reefton, Macraes and Frasers gold mines in the South Island and is listed on the New Zealand, Australian and Canadian sharemarkets.

It is using a clause in a free trade agreement to take El Salvador to international arbitration in a bid to force the country to reverse a seven year ban on mining. It is also claiming $US301 million in lost profits as a result of the mining ban.

El Salvador banned all new metal mining after toxins from decades of extraction polluted 90 percent of its water.

The case was going to international arbitration in the United States this week.

There were protests outside OceanaGold's offices in Toronto, Sydney and in San Salvador last week, with 30 NGOs and trade unions calling for the lawsuit to be dropped.

The lawyer representing El Salvador Luis Parada said OceanaGold is trying to bully the government into changing its mind.

He said the case has already cost El Salvador more than $10 million and shows how free trade agreements can impinge on national sovereignty.

There are claims New Zealand could face similar prosecutions if it signs up to the Trans-Pacific Partnership which is currently being negotiated.

The Council of Trade Unions says foreign investors could sue the government if their profits or assets were affected by law changes.

CTU economist Bill Rosenberg said the number of such lawsuits are growing exponentially and the risk New Zealand could be sued under the proposed Trans-Pacific Partnership is high.

"You're introducing many large corporations who are known to be very litigious, they're very keen, very willing to take legal action in their own interests which makes it considerably more dangerous than some of the revisions we've signed up to in the past."

"The judges are actually mainly investment lawyers themselves who also act for investors bringing disputes and that's been part of the controversy that these are not proper courts that operate through due process."

"The government has been issuing a range of licenses to mining companies without putting an effective regulatory mechanism in place. Trying to do that later once you have made commitments to investors and once you have signed up to these agreements lays yourself open to potentially billions of dollars in claims before these investment tribunals."

He said international arbitration provides a safeguard and the government should be trusted to protect the public interest in its TPP negotiations.

"It's true we don't know the detail of what's inside the TPP but I think we can be assured that the government, from its various comments on the negotiations to date, is very aware of the risks and opportunities of this particular negotiation. I mean clearly no government is going to want to constrain the way in which it can act."

In a statement OceanaGold said it has industry-leading water practices and has operated safely in New Zealand for more than 23 years.

Anti-mining campaigners are planning more protests against the company in Washington, Sydney, Ottawa and Vancouver later this month.