The postal operator made a net profit of $107 million in the year to the end of June, a decrease of 12 percent compared with the previous year.

Last year's result was bolstered by a $72 million gain from the sale of Datacom. 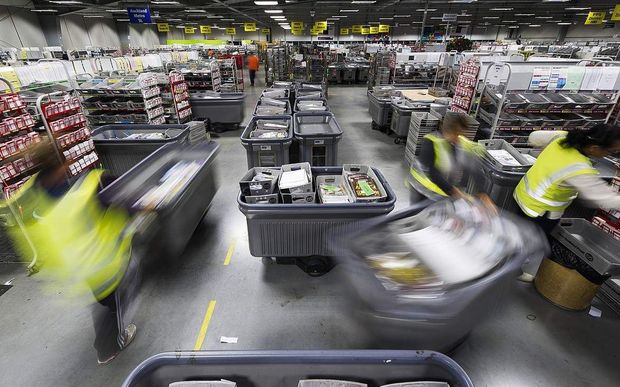 Revenue declined 2 percent to $1.7 billion, due to the continuing decline of its mail business which offset growth in packages and parcels.

The company has also been cutting jobs to bring costs down, which fell 7 percent to $1.5 billion.

The company paid its owner, the Government, a dividend of $5 million.

Kiwibank lifted annual net profit just 3 percent in what it described as a very competitive market, which saw a massive swing from floating to fixed-rate mortgages.

Kiwibank's net profit for the year ended June, of $100 million, reflected a near 11 percent rise in loans and advances, while deposits rose nearly 6 percent.

However, the bank's costs grew more than 13 percent, while income rose just a little more than 7 percent, reflecting increased compliance costs and investment in the business.

"The highlights in terms of the growth over the year - balance sheet growth, reasonably strong at $1.4 billion, and that was occurring in an environment obviously where we had changing LVR rules from the Reserve Bank, and some challenges overall in the market as more and more customers move into fixed rates.

"It was pleasing to achieve these sort of profit numbers, particularly as we saw a massive swing to fixed rate lending in the year. Obviously that had quite a big impact on margin. That's currently running at about 70-30 fixed business to floating overall in our portfolio."