Kiwibank is warning of more changes ahead as it cuts 80 jobs and readvertises 120 others in a company restructure. 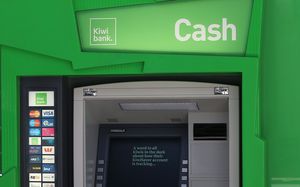 The state-owned bank confirmed on Wednesday that jobs will go as the company attempts to cut costs and improve efficiency to remain competitive.

The losses stretch from frontline staff to senior management, and include cuts in credit management, customer service, mortgages and marketing. Staff who are losing their job have been notified, he said.

Out of the 200 jobs being restructured, 80 will go and 120 new roles will be created. Kiwibank spokesperson Bruce Thompson told Radio New Zealand's Checkpoint programme on Wednesday those roles will go to existing staff.

"There will be about 120 new positions that they can apply for. We would expect that we would be able to fill virtually all of those, if not all of them, internally. We're not looking outside."

He said the bank found that a number of jobs were duplicated. "At the moment, our structure is a bit unwieldy. It's got duplications and it's too expensive."

He would not say how much money Kiwibank is saving, but there would be more information when its annual report is released at the end of August.

The redundancies were regrettable, Mr Thompson said, and staff would know the results within one to two months.

A retired professor of accounting at Victoria University, Don Trow, said the bank had a high cost structure which will be worrying its owner, the Government. He said future restructuring was highly likely.