OceanaGold has posted a June quarter loss and has blamed it on the high New Zealand dollar, but it was much lower than the loss it reported for the same quarter last year.

The Australia-based gold miner, which owns the Macraes and Reefton mines in New Zealand, lost just over $US2.1 million in the three months ended June, down from the $US70.5 million loss it reported for the same three months last year.

That took the company's first half profit to nearly $US57 million, a sharp turnaround from the $US63.4 million loss in the previous first half.

OceanaGold produced more than 102,000 ounces of gold in New Zealand in the six months, including more than 46,000 in the June quarter.

Managing director, Michael Wilkes said the company has significantly reduced its costs at Macraes where production was affected by a pit wall failure.

"There has been a significant fall in the money that is being spent on mining at Macrae's. We have had to make some people redundant throughout the year, as planned. That reflects the change in the mine plan.

We did lose eight days in the underground when the pit wall failure occurred - it meant we didn't have access to the undergruond mine for that period of time and that resumed early in the third quarter."

Michael Wilkes said he was also disappointed by production at the Reefton mine which also had problems with an unstable pit wall. 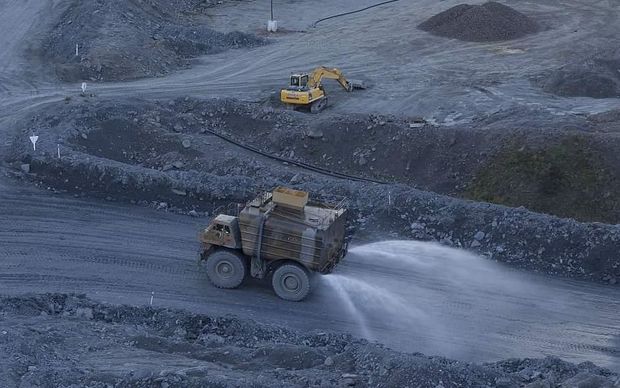