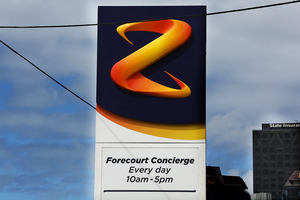 Low refining margins and the prolonged shut down at Refining New Zealand, of which Z owns about 15 percent, have troubled the company.

But Mr Bennetts said the company was working to increase the amount of oil the refiner could process.

"It's legitimate that you have concerns like that, because we also share those concerns, so that's why we work with the refinery to find ways to make them more competitive, because we also have, if you like, a double jeopardy that we're involved in importing and we want to make sure the refinery is successful," he said in answer to a shareholder's question at its annual meeting.

"So that's why we announced in January that we've gone into an optimisation arrangement with BP and the refinery, so it's a very clever way of saying 'bulk up', so that by bulking up we've actually improved the refinery's performance as well, so we benefit from that as a customer, and we also benefit from that by being a 15 percent shareholder in Refining New Zealand."

Mr Bennett said Z-Energy wanted to improve customer satisfaction and look after its employees and the environment better, rather than just focusing on being price competitive at the fuel pump.

The company is facing difficulties, with its net profit for the year to the end of March falling nearly 31 percent.

However, Mr Bennett is confident about the company's prospects saying Z-Energy stocks have been a good investment.

Z-Energy expects its operating result will be $220-240 million for the year ending March 2015 compared with the $219 million it reported for the 12 months to March this year, which beat its forecasts.

It is currently building a $21 million dollar biodiesel plant in South Auckland which will turn animal fat into 20 million litres of fuel a year.