An analysis of traffic flows in April suggests the economy continues to grow but the pace could be about to taper. 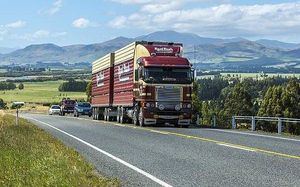 The heavy traffic index, which is an indicator of the economy right now, rose 0.5 percent in April, recovering half its fall in March.

However, the light traffic index, which predicts growth 6 months ahead, rose 0.1 percent after a 0.5 percent pace in the three months ended March.

ANZ economist Sharon Zollner said two rises in the in official cash rate by the Reserve Bank so far this year are yet to have an appreciable impact on the economy's speed.