Infratil has recorded an annual net profit of nearly 200 million following the sale of part of its interest in Z Energy. 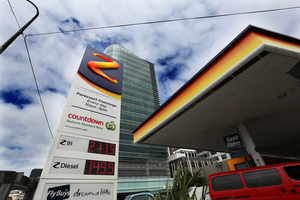 The infrastructure and investment company made a net profit of $199 million for the 12 months to the end of March, compared with $3 million for the same period last year.

The sale of 30 percent of the petrol station operator, Z Energy, last year resulted in a gain of $183 million.

The result was also boosted by the revaluation of some assets.

However, operating profit fell 5.3 percent, largely due to reduced contributions from Trust Power, of which Infratil owns 50.4 percent, and the Infratil Energy Australia Group.

Infratil said it's well-placed to deliver above average returns to shareholders from its investments in New Zealand and Australian transport, energy, social and age-care infrastructure.

It said shareholders were also likely to benefit from future sales of mature investments.

The company said to drive future earnings and value growth, it committed $616 million of capital to new investments during the latest year, up from $414 million the previous year.

The company is paying a final dividend of 7 cents per share, up 17 percent from last year. Its annual dividends have increased from 6.25 cents per share four years ago to 10.75 cents this year.