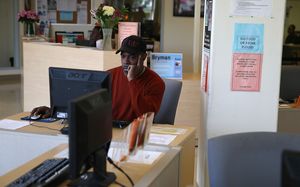 The US Labour Department said on Friday the unemployment rate fell to 6.3 percent, the lowest since September 2008.

However, economists caution that figure was flattered by a sharp decline in the size of the labour force.

The BBC reports the largest gain came in professional and business services, which added 75,000 jobs during the month.

On Wednesday, the US Federal Reserve continued to cut its effort to boost the economy. The Fed said it would trim its monthly bond purchases by an additional $US10 billion to $US45 billion.

It has been buying bonds to keep long-term interest rates low and stimulate economic activity.