The Finance Minister Grant Robertson denies that he has accused National of being responsible for hacking Treasury. 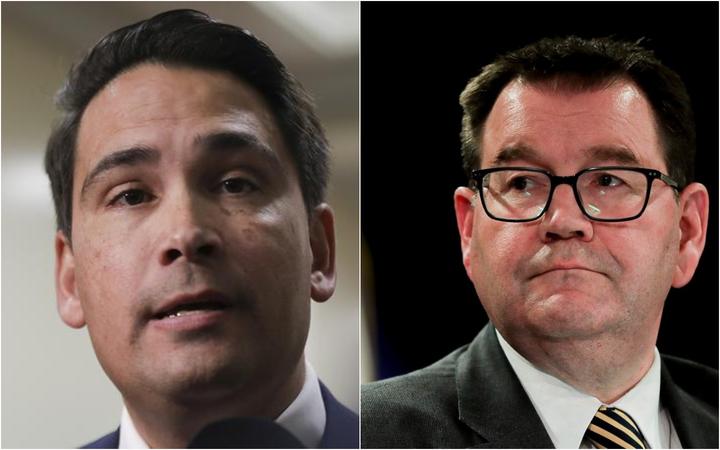 Mr Robertson said his statement last night was simply reiterating the advice Treasury had relayed to him.

"I said that Treasury believed evidence indicated that the material had come from that.

"That's the Treasury's advice to me", he said.

Mr Robertson said that comment did not constitute an accusation directed at National.

Mr Robertson described Mr Bridges' accusations he is a liar as "the act of a desperate man".

Prime Minister Jacinda Ardern also denied that there'd been any accusation made against National, and made a clear distinction between Treasury and the Government.

She said the Government had no involvement in Treasury's decision to go to the police.

"This is a matter for Treasury, they hold the information, the know ultimately what has happened here, we don't.

"They have made a decision based on advice to refer it on to the police.

"That is entirely a matter for them and it has nothing to do with us", she said.

Ms Ardern said it was also ultimately Treasury's responsibility to ensure the safety and security of its information, not the Finance Minister.

"The facts look very, very bad for the National Party.

"Information came to them in circumstances where the behaviour was totally illegal, and they should have known it", he said.

Mr Peters said there may have been a third party involved, but whoever obtained this information did so illegally.