Power Play - This Budget will not set the world on fire but Finance Minister Grant Robertson will be happy enough to have stuck to his self-imposed fiscal rules. 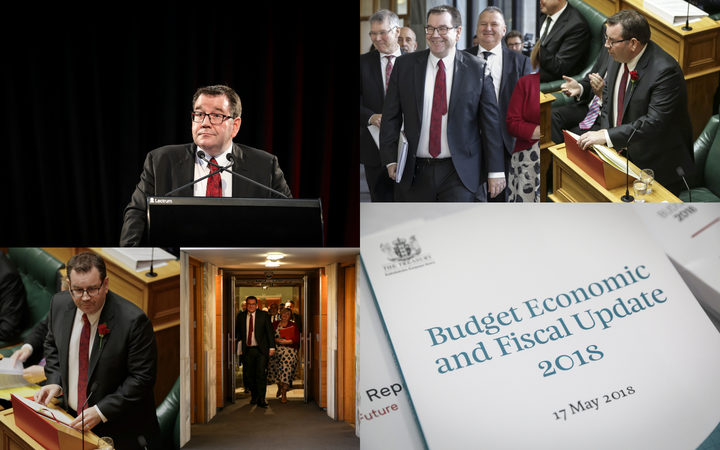 Well before the heat of the election campaign Labour and the Greens released their 'Budget Responsibility Rules' - not the most exciting of announcements but a set of rules Mr Robertson was determined to keep to.

He used them as a shield against the $11.7 billion fiscal hole attack launched by National during the campaign, and now uses them to assure business he will not be squandering the favourable economic conditions.

Mr Robertson can thank National's Bill English for the healthy set of books he has inherited, just as National owed Michael Cullen a vote of thanks for the low public debt economy it took over in 2008 just as the global financial crisis hit.

The purse strings for public spending in health and education have been loosened somewhat, but not at levels that will satisfy all.

Labour campaigned on restoring funding to public services "neglected" by National; in this Budget the focus has been on money to repair run-down hospitals, build new classrooms to meet the demands of population growth and provide more public housing.

But there are rumblings within health and education, and across the broader public service, about pay. Any deals struck with nurses, teachers or midwives in the coming year will have to come out of existing funding.

High expectations about what a Labour government would deliver have not been met.

In the first flurry of media releases reacting to the Budget was the union representing early childhood, primary and secondary expressing its disappointment "that issues of chronic underfunding" had not been addressed.

It said instead of the four percent increase in "real per-student" funding needed, they received a "measly" 1.6 percent.

The shape of the package to give better access to GPs has also changed; there is no longer a universal $10 price reduction but it is now targeted to younger people and those on lower incomes.

Reductions kick in six months later than originally promised and the policy will be cheaper for the government to deliver.

As with scrapping National's tax cut package, the government has targeted its spending, which also means it can temper its future commitments - extending it if it has more room to do so in future years.

There are also details in the Budget about programmes or funding streams that have been cancelled to help find $700 million in "reprioritisations".

They include the end to large-scale irrigation, grants for private schools, 'long-acting reversible contraceptives' for low income women, a $3m a year funding cut for the Ministry of Māori Development, and some funding for the Outer Space legislation.

All of that, along with plans to crack down on tax dodgers and property speculators, has enabled Mr. Robertson to deliver a $3bn surplus, and bigger surpluses in years to come.

He could have used that money to further boost health and education but is clearly wanting to keep some money for a rainy day, amid other large spending promises.

One disadvantage for Labour is that many of its crowd-pleasers were part of the election campaign and the 100-day plan - most notably the Families Package - which it cannot reheat for Budget Day.

Labour's coalition partner New Zealand First has done well however, with the $1bn a year Provincial Growth Fund and nearly a $1bn for the Foreign Ministry and aid money for the Pacific, in the name of leader Winston Peters.

Another win nestled in the Budget papers was for an industry beloved by Mr Peters - racing.

Tax breaks worth $5m for investment in "standout yearlings" - described as one that "commands attention by virtue of of its bloodlines, looks and racing potential".

There was not a clear target in the Budget for National but it has taken the line that for all its criticism about neglected public services and rotting buildings, the government's rhetoric was not matched by the money delivered.

"Winston Peters is happy because he got his billion dollars for diplomats and a new embassy in Sweden," leader Simon Bridges said.

"Unfortunately, Labour has prioritised that ahead of funding the Roxburgh children's camp and mental health."

Robertson was happy to present this Budget as a "building block", the first in a three-year term.

If he blew the kitty this year the government could have been left exposed in the event of a natural disaster, and forced to borrow more in response.

It will also be wanting to make sure it has plenty of cash to play with for the two Budgets between now and the 2020 election.