Added extras to alleviate poverty are unlikely in this week's Budget - and social welfare advocates say the previously-announced families package will not help those most in need. 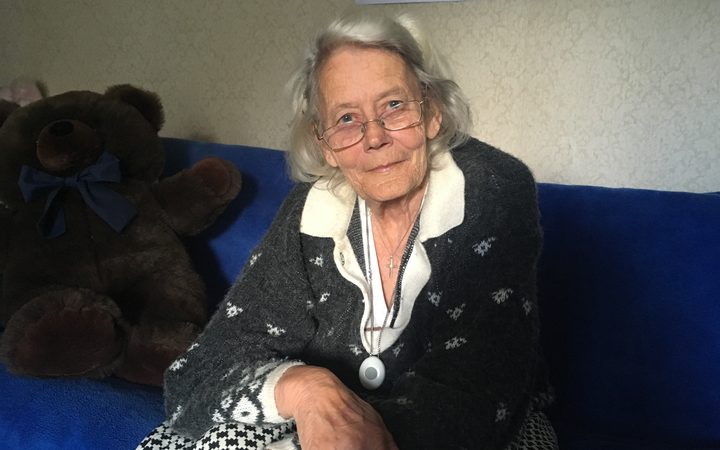 Ailsa Warburton's only income is superannuation. She saves money by only using the microwave to cook and keeping the hot water turned off half the time. Photo: RNZ / Sarah Robson

Ailsa Warburton only turns the hot water on every second day - and never uses the stove.

Since her husband died last year, the 80-year-old has lived alone in her Auckland state house.

Her spartan use of power is an attempt to make her superannuation, which is her only income, stretch.

"I turn the hot water on every second day, I don't use the stove - I use the microwave - I've got all energy saving lights... and as it starts to get cool I shut all the doors and it keeps the heat in the house."

An extra $50 a fortnight would make Mrs Warburton happy and give her a bit of wriggle room to do something that she enjoys, other than going to church.

From 1 July, she will be eligible for the government's winter energy payment for superannuitants and beneficiaries, announced last year as part of the government's $5.5 billion families package.

But it looks unlikely there will be any further specific measures in Thursday's Budget to alleviate the hardship Mrs Warburton and other groups in poverty face.

And there are concerns that what's already been announced will not go far enough to help those most in need - the poorest families, the elderly and those without children.

The families package - the centrepiece of the government's pledge to tackle poverty - includes boosting Working for Families, introducing a $60/week Best Start payment for families with newborns, and the winter energy payment.

Finance minister Grant Robertson has described it as the most significant set of changes for low and middle income families for many decades.

Other previously announced initiatives, such as the $100m pledged to addressing homelessness, building extra state houses, and passing legislation to improve housing conditions; would also help, he said.

However, there were unlikely to be additional specific measures in the Budget, he said. 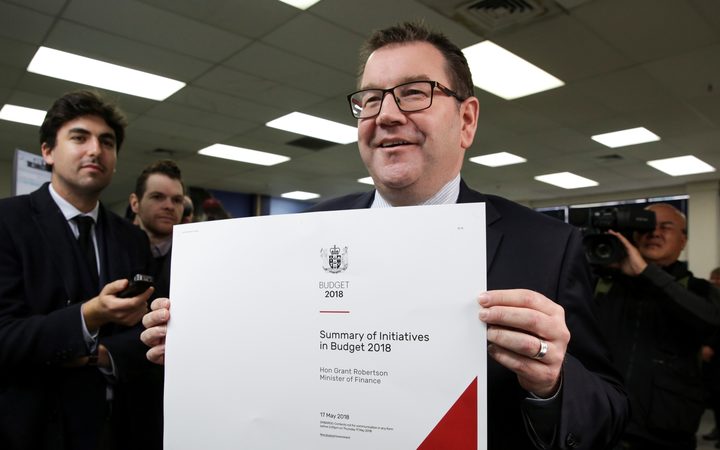 Treasury has projected the families package will lift 54,000 children out of poverty by 2021.

Child Poverty Action Group spokeswoman Susan St John said despite the very significant cost to the government, the package would not do enough to help the very worst-off children.

"While the families package will certainly help, it's only a drop in the bucket compared to what these families actually need to be restored to some kind of adequacy."

There were steps the government could take to address that, she said.

"The first thing they could do is to stop all sanctions in the benefit system where there are children, and they should then make sure that all their core benefits are raised significantly so that beneficiaries aren't spending their time arguing with WINZ about top-ups," she said.

Age Concern Auckland chief executive Kevin Lamb said seven percent of those over the age of 65 - about 50,000 people - were living in poverty.

For many, their superannuation was not enough to live on.

"One of the real sad realities is you have people who are making life choices that they should never have to make - do they seek medical care, go to the doctor, do they heat their home, do they buy food?" he said

"They might need to do all of those three things but have to make a choice to not do one or two of them because they simply can't afford it."

Despite her careful budgeting, Ailsa Warburton said there was not much money left over at the end of the week.

"By the time your phone and your power and everything else is put aside, and the doctor's visits or the chemist or whatever it is, and the taxi fares because I can't drive, it actually comes out you're not really on a winning streak."

The government has already signalled it was likely to make an announcement soon about its promised overhaul of the welfare system.

That will look at benefit sanctions, ensuring access to entitlements and a review of Working for Families.