An announcement on the government's welfare system overhaul can be expected in the next three to four weeks, the Social Development Minister Carmel Sepuloni says. 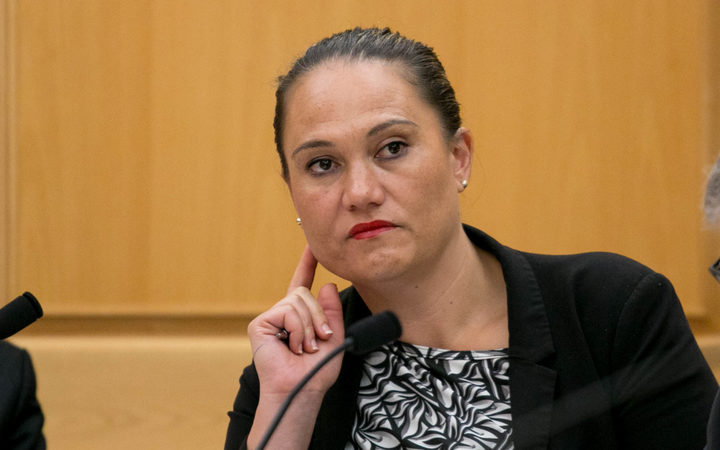 Carmel Sepuloni said under the previous government, it became more difficult for people to access the help that they were entitled to. Photo: RNZ / Daniela Maoate - Cox

Questions have been raised again about Work and Income's culture and processes, following revelations this week about a South Auckland mother who was told her benefit was cut because she'd been on two Tinder dates.

The government isn't going into details about just how far the overhaul - which was promised as part of Labour's confidence and supply deal with the Greens - will go, but it will look at removing excessive sanctions, ensuring people get access to what they're entitled to, and reviewing Working for Families.

Child Poverty Action Group spokesperson Susan St John said questions had to be asked about whether benefit sanctions had worked, or whether they had just caused further hardship.

"Particularly where there are children, it's a great concern. We've got far too many families below the very low 40 percent after housing costs poverty line, and those are the families who just simply can't manage to have a reduced benefit for whatever reason."

All sanctions - not just excessive ones - have to be looked at, Ms St John said.

"We really ought to be seriously looking at the overall way in which beneficiaries have been punished by these sanctions and how their children have been affected."

"We understand it is going to be difficult to get Labour to remove all sanctions, but we don't believe it's impossible," he said.

"I think we can easily demonstrate the inefficacy of each individual sanction and why they're not based on evidence. We've seen the sanction on solo mums and how they haven't worked as desired when it comes to pushing fathers to provide financial support to mothers."

Last year, Ms Sepuloni confirmed that the government would scrap the sanction that means solo mothers who don't name the father have their benefits docked.

Work on aspects of the overhaul was already underway and the government hadn't waited for an expert advisory group to be established to do it, she said.

Some of that work had included how to improve culture at Work and Income offices.

Consultation was already underway with a number of groups including beneficiary advocates, disability groups and Māori. There would also be consultation with unions.

Ms Sepuloni wouldn't go into detail about when any changes to the welfare system could be implemented.

But Ms St John said some actions needed to be taken immediately.

"The problem is that poor families really can't wait until the deliberations of a welfare working group, they've already had to wait far too long and we're picking up the social cost of that every day, we're hearing from the sector about how ... things have got [worse]."

Meanwhile, National's social development spokesperson, Louise Upston, said the government hadn't adequately explained what the problem was that it was trying to fix with its welfare system overhaul.

"Overhaul implies something fairly significant in terms of changes. We actually think the balance is right, people in New Zealand, if they have hard times, are able to get support and that's important, but when they can work, they should."

But Ms Sepuloni said under the previous government, it became more difficult for people to access the help that they were entitled to.

While people should be encouraged into work and training, they shouldn't have to fight for the support that they need, she said.