The Mana Party is describing the budget as worthless for Maori.

Its leader, Hone Harawira, said the Government had got its priorities wrong.

He supported more money for prescriptions and the allowance for more children to visit the doctor for free. 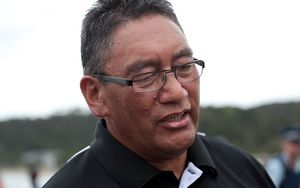 But Mr Harawira said it was not a budget for the poor and the dispossessed, regardless of their race.

The Mana movement's leader said not one cent was being spent on the desperate need for new state houses.

Labour's Maori Affairs spokesperson Nanaia Mahuta said the government's move to fund the Maori Centre of Research Excellence is a ploy to cover up its mistakes.

In Thursday's Budget, the government announced it would continue to pay for a centre.

Funding will kick in from New Year's day 2016, when the current contract with Nga Pae o Te Maramatanga expires.

Ms Mahuta said the Government had put aside money to avoid political problems.

She said the National-led government realised it would be a political risk to the reputation of the Maori Party, which didn't initially speak up for Nga Pae o Te Maramatanga when it missed out on funding earlier in the year.

Ms Mahuta was also keen to learn the details of how a Maori Centre of Research Excellence will be funded.

The Maori Broadcasting Funding Agency is to investigate expanding the network of Crown-funded Iwi Radio stations.

The department got a Budget boost on Thursday - with an extra $12 million to be spent over 4 years.

Twenty one stations have each been surviving on just under $400,000 a year.

Chief executive of the agency, John Bishara, says there were self-funded stations seeking money from the state.

He said stations such as Wairau in Blenheim and the Ngati Raukawa station Reo FM in Otaki operated under their own steam.

A business consulting company said it would rate the budget as 8 out of 10 for Maori.

An advisor at Tuia Group, Toko Kapea, said for there to be new money tagged for Maori - in a broad spectrum of sectors - when there was a wafer-thin surplus was a good achievement.

He said New Zealand is still going through some tough financial times, after the global recession and the Christchurch earthquakes.

The Ngati Apa man said the gains would not have been achieved unless the Maori Party was round the table with National.