The Government's Budget 2014 is a "fudge-it budget" which favours a few at the expense of many, Labour leader David Cunliffe says. 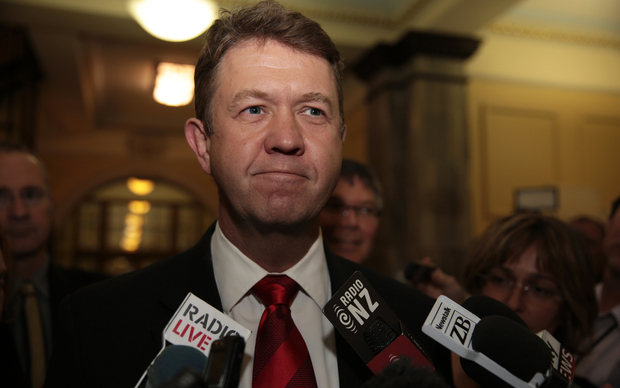 But Mr Cunliffe said the much-hyped fiscal surplus was not worth the wafers it was written on, and that the Budget was all smoke and mirrors.

"This is a fudge-it budget. This Government continues to favour the few at the expense of the many." Mr Cunliffe said.

"This is not a budget, it's a Cabinet club annual report, and it will take a few more things than election-year cosmetics to change that."

Green Party co-leader Russel Norman told Parliament the people of Christchurch were paying for the surplus - a sentiment shared by New Zealand First.

"Still waiting for their homes to be repaired, their roads to be fixed and their flooded neighbourhoods to be safe and dry. They're paying for the surplus," Dr Norman said.

"It's our children, who turn up to school with empty bellies, sick and not ready to learn, they are paying for the surplus.

"There is nothing in this budget for poor kids."

New Zealand First leader Winston Peters said the people of Christchurch were the victims of the Government juggling its books in order to get back into surplus.

He accused the Government of holding money back from quake victims who were facing a terrible winter, with damaged houses and the threat of flooding.

But Prime Minister John Key said he categorically denied his Government was interested only in helping the rich, saying the Budget aimed to help a wide range of New Zealand families.

"I utterly reject those propositions. Twelve percent of households pay 76 percent of all net tax in New Zealand," he said.

"The higher income earners do pay their fair share in New Zealand.

"But of course, we want to make sure that everyone benefits from a growing economy. We believe that's happening."

A third-term National government might be in a position to deliver a modest programme of tax cuts, Mr Key said.