Seven people have been injured in a head on collision near Okaramio, north-west of Blenheim.

Emergency services were called to State Highway 6 after two cars collided about 4.30pm this afternoon.

The Fire Service said it had to free two people from separate cars. 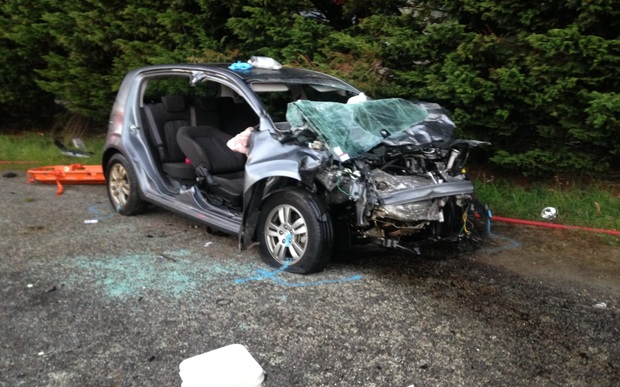 One of the cars involved in a crash in Okaramio, north of Blenheim, on Anzac Day. Photo: SUPPLIED

Two people had to be airlifted to hospital.

The road was closed earlier this afternoon, but one lane is now open.