The population of Oban more than quadrupled today with the arrival of the largest cruise ship to visit Stewart Island. 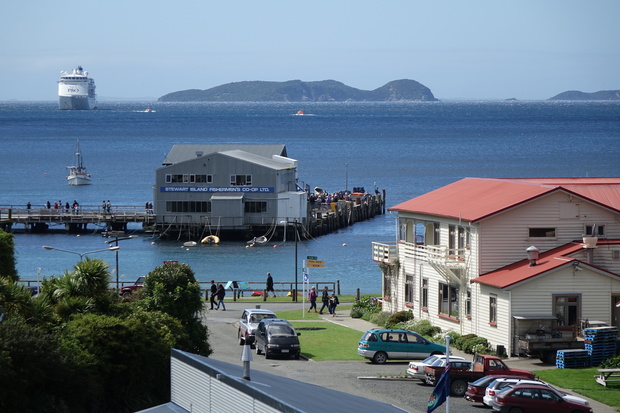 The Pacific Pearl arrived today with more than 1700 passengers on board and a crew of 700.

Shuttle boats carrying up to 100 passengers per trip have been connecting the ship with Oban, which has just under 400 permanent residents.

The ship is too big to berth in Oban and is anchored two kilometres off shore.

The owners of the one pub and three shops in Oban said the town coped with the invasion of tourists, who were mainly New Zealanders on a 10-day circumnavigation of the country.