The Tall Blacks team has been whittled down to 14 as they continue preparations for the upcoming FIBA Basketball World Cup. 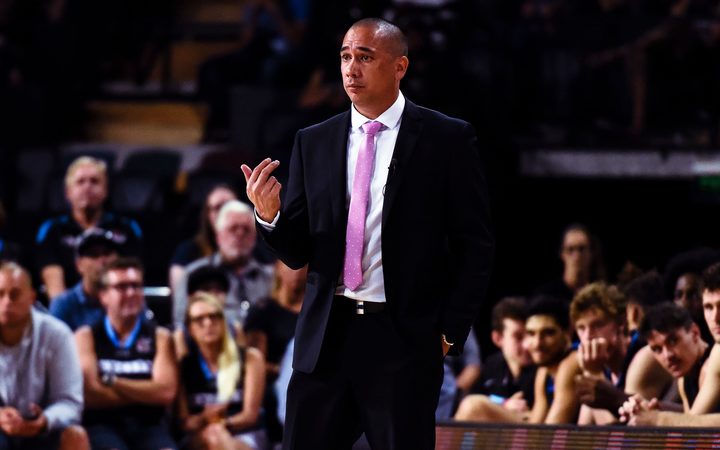 Head Coach Paul Henare has inked in 14 players from the selection camp in Auckland.

They will travel to take part in a nine-day camp in Japan, including two games against their hosts, before heading to Sydney to take on Canada.

Following those two games on 20 and 21 August - the final 12 for the World Cup will be named.

The team is led by veterans in the likes of Tom Abercrombie playing his third World Cup, while Jarrod Kenny, Corey Webster, Tai Webster, Alex Pledger, Rob Loe and Isaac Fotu are all attending their second World Cup tournament.

Finn Delany, Shea Ili, Jordan Ngatai, Tohi Smith-Milner and Ethan Rusbatch have featured heavily for the Tall Blacks and New Zealand Select over the past four years as the programme under Henare went about building depth across all positions.

Henare is delighted with the balance and depth in the roster.

"We have chosen a combination of players that complement each other on and off the floor. They understand what we stand for and what we are looking to achieve in China and will do anything for each other.

"A number of our decisions were very tough, with our final selection meeting going long into the night last night. That is testament to that depth we are developing, that a number of players will rightly feel unlucky not to have made the 14 today, but their time will come in the black singlet.

"We believe we have a balanced group of players, a group that is young in age but long in experience and understands the pressure we will face in the weeks ahead and the opportunity that is in front of them. Our focus is now solely on being ready to face Brazil on September 1st, we have a lot of work to do but can't wait."

The younger generation are led in the 14 by the likes of Tom Vodanovich on the back of a strong Sal's NBL campaign and in particular by Rosmini schoolboy Taine Murray, clearly the bolter in the roster after impressing Henare during the camp in Auckland, and while playing for his college team.

"Taine has impressed us all these past few days and quite simply played his way into the 14," said Henare. "He has a composure beyond his years and is going to develop into a very good player, but already at 17 has shown that he feels at home at this level."

Murray was a little lost for words when he heard his name read out by Henare in the team meeting this morning.

"Hearing my name called was extremely humbling and I am so grateful for the opportunity that lays before me. It has been amazing learning from some of the finest players and coaches that New Zealand has to offer during the course of the camp, and I am just so excited for the next few weeks."

Murray is just one of many youngsters to have featured this weekend, with Henare keen to highlight the six unlucky players who average just 20 years of age.

"While the focus today is on the 14 who will move on to Japan and Australia, as a coaching and management team we have been hugely impressed by the entire group. The future of the game is in great hands with the likes of Kruz (18 years), Sam (22), Max (18), Tyrell (20), Hyrum (23) and Taylor (23) waiting in the wings, they are all tremendously talented players and impressive young men who all have great careers ahead of them, I can't wait to see them back in the black singlet in the near future."

Tom Abercrombie is one of the 'young' veterans in the team at 32 and attending his third World Cup, he will be among the leaders in the team and is excited for what the next five weeks hold.

"Being in the Tall Blacks environment is always energising, I love being a part of this team and there is an added edge for a World Cup campaign. We have seen and felt that already these past few days. Of course, we will miss Mika and Reuben, that has been well documented this week, but today is about the players named and I am excited to be a part of a team that can't wait to roll up our sleeves and in typical Tall Blacks fashion take on the world and look to upset the odds along the way."

The 14 players will practise one final time today at St Kentigern's College, before departing early tomorrow morning for Japan and the second stage of their World Cup build-up programme.