A body has been found inside a razed home on the New South Wales South Coast where fires raged on Thursday, bringing the state's bushfire death toll to 25. 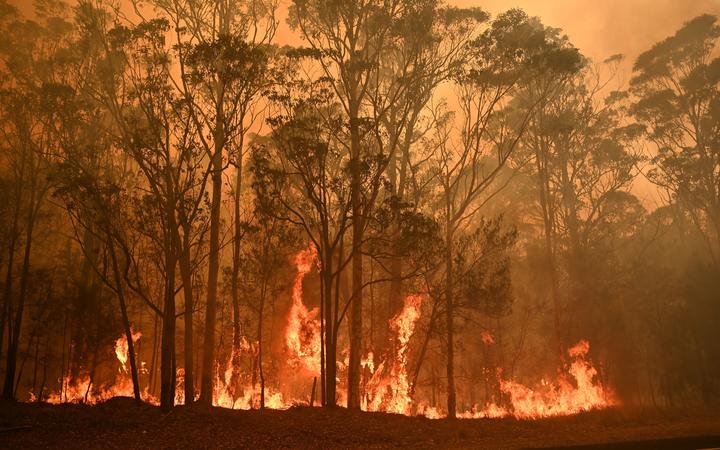 They attended after concerns were raised for the occupant.

While the body has not yet been formally identified, it is believed to be that of a 59-year-old man.

Detectives, police rescue and specialist forensic officers are currently on the scene with the NSW Rural Fire Service (RFS) and a crime scene has been established.

Thursday was a tragic day for the firefighting community after three American aerial specialists were killed when their air tanker crashed in the Snowy Monaro region, west of Moruya.

The cause of the crash will be investigated by the Australia Transport Safety Bureau (ATSB).

High temperatures and gusty winds made for extreme conditions and a number of bushfires were sparked around the South Coast.

An unconfirmed number of properties were destroyed in Moruya, Bermagui and possibly Bundanoon.

New South Wales Deputy Premier John Barilaro said the volunteers were going above and beyond.

"You can see clearly it's tough conditions and our volunteers are going beyond the norm to try to protect community and lives," he said.

Two massive bushfires are still out of control on the far South Coast with residents around Moruya advised to monitor conditions.

The RFS says favourable conditions are expected across the weekend which will enable crews to establish more containment lines.