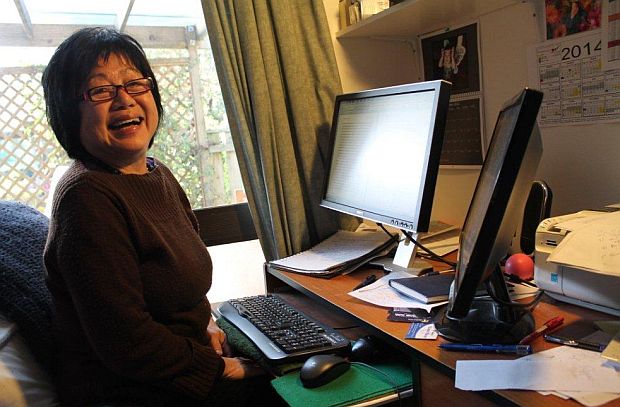 Q: Do tell me why you think your late husband was racist?

“I think it was the British Imperial system in him actually, that you know, he’s white, he can do no wrong – and it’s a kind of, okay, he’s married the “little” Chinese girl.”

Q: Would he be rolling in his grave right now? Your late husband?

“I think he’d be spinning in his ashes at the bottom of Lyttelton Harbour.”

The moment you meet this New Zealand Chinese author, her outspoken sense of humour rises to the occasion. Mee-mee Phipps is no stranger to self-directed irony. As a Chinese child growing up mostly in England with a British step-father and then later, a husband who was British as well, Mee-mee appears to have. Her life story is about as colourful as her fictional characters that populate her novels.

I’m at her home in Greenhithe, Auckland, learning about her second book in a trilogy of historical fiction: Destinies Divided. Described as a cross-cultural romance between Maori and Chinese, set during the lead up to World War One, Destinies Divided follows the lives of three siblings, the children of the character Zhou Yu and his Maori wife Horowhai from her first book Memories in the Bone.

Mee-mee Phipps is passionate about history, particularly China’s. She came to writing late in life, first training as an artist and illustrator of children’s books. She tells me she always loved writing as a child, wrote short stories and dreamed of writing novels but didn’t take this up until her own children were grown and left home. Now she is the author of three books, all of which have garnered critical acclaim here and overseas.

The trilogy follows the Chinese Diaspora during the 1860s onwards, as the Qing dynasty crumbles after the devastation of the Opium Wars. Memories in the Bone was Mee-mee’s first novel, following the early life of Zhou Yu as he leaves his first wife back in Shanghai, travels to Australia, strikes it rich in gold and then travels to New Zealand as an entrepreneur. He eventually finds himself in a Maori settlement where he meets and marries a Maori woman named Horowhai. It is their three children who take us forward into the 1900s against the backdrop of China and New Zealand during the turbulent political events that lead to World War One.

An important aspect of history explored in Destinies Divided is the homage paid to around 200,000 Chinese coolies who gave up their lives fighting for the Allies during WW1 in Flanders, Belgium. They remain buried in Flanders, unknown and unsung heroes, until recently. Mee-mee relays this piece of history passionately, she’s driven to re-write Chinese history, compelled to correct common historical misconceptions, such as the fact that the British created the opium trade which led to the Opium Wars and eventually crippled China.

It should be mentioned too that before Mee-mee wrote Destinies Divided, she wrote another book; a fictional account of the life of the legendary leader of the great Chinese Armada and Admiral Zheng He.

Mee-mee is currently working on the third of her trilogy about the Chinese diaspora: The Lifting of the Sun. This book will follow the conclusion of the three siblings as they enter the events leading up to the Second World War. If it’s anything like her first two books it will be a cracker of a journey. 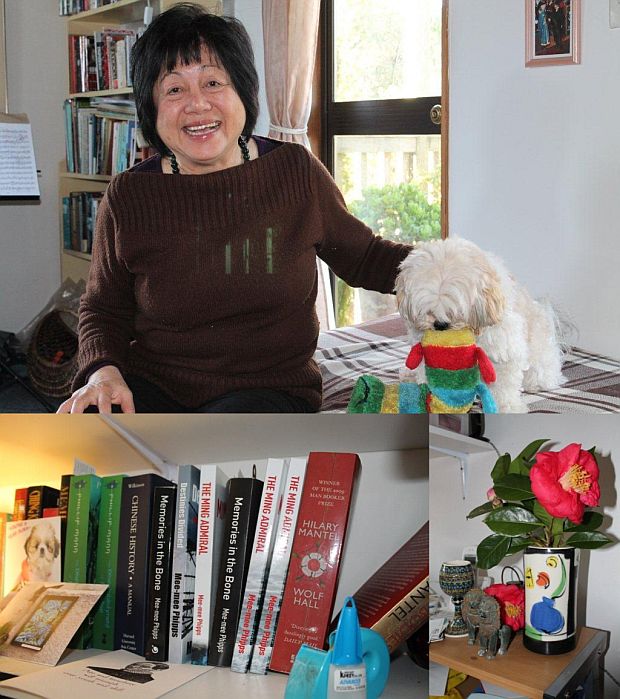 Read a review of Memories in the Bone.