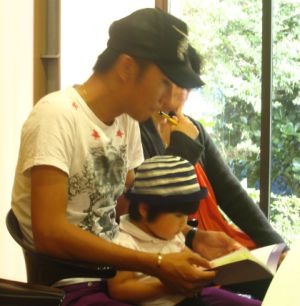 Chinese parents raising their children in New Zealand can find themselves caught between two cultures and as a result, face the challenge of negotiating the best parenting approach to use.  Eva Chen, who is originally from Taiwan, established the Auckland-based Chinese Parents Support Service Trust 2011 after recognising that new Chinese migrant mothers in New Zealand needed advice tackling this issue. Lisa Thompson heads along to a Trust-hosted seminar aimed at teaching parents how to get the best out of both East and West.

Photo: A father and his young daughter attending a Chinese parenting lecture 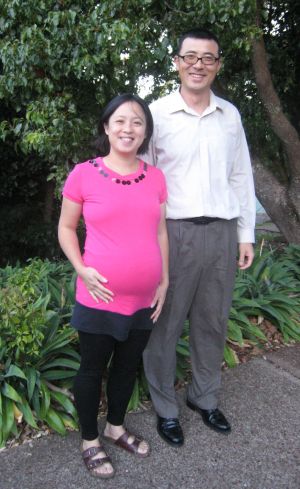 “I often get feedback from other Chinese parents that I’m not a very responsible mum,” laughs Eva Chen. “People ask ‘How can you not worry about your children’s academic path?’. I’m not saying that’s not important but I’m saying that it’s not the most important thing.”

Eva is the Chief Executive Officer of the Chinese Parents Support Service Trust based in Auckland. She established the Trust in 2011 after recognising that new Chinese migrant mothers in New Zealand needed support.

A mother to three young children herself, Eva, who is originally from Taiwan, believes sharing her own parenting experiences will help other Chinese parents raising their families in New Zealand.

Eva says that, rather than focussing solely on how well the children will do academically, she prefers to take a more holistic approach. “Even if you are top of the school, even if you have honours from University, it doesn’t mean that you will get a good job. But if you can handle your life, then you can go anywhere. We want the kids to cope with different environments. It’s a pretty normal view in Kiwi families.”

“I think the most important thing is that they have to have self-confidence,” she says. “They are confident enough to say, ‘Mum I don’t like maths but I think I’d like to try piano’… It’s their life, their choice, we don’t have to force them into anything.”

And while Eva concedes it’s a viewpoint not shared by all migrant families, having embraced the change in lifestyle for her own young family, she’s now encouraging other Chinese parents based in New Zealand to try the same.

With that in mind, the Trust has established a pilot parenting programme funded by the Auckland Communities Foundation.

Held every fortnight at the Mt Albert Community Centre, the Trust has been delivering a series of two hour lectures to Chinese parents about how to negotiate the best parenting approach to use – Western, Eastern or both.

The courses are supplemented with online forums and a support group will be created to provide extra assistance.

Even though the course is still in its infancy, the Trust is hoping to eventually offer it on an annual basis and is currently approaching the Ministry of Social Development to secure further funding.

“But we want to have strong kids… that they can accept successful or unsuccessful… we want the kids to know that life can be hard, difficult sometimes, you just have to cope with it and if we can start it when they are little then it’s not a very big deal when they’re older.”