Syrian children caught up in a country in chaos 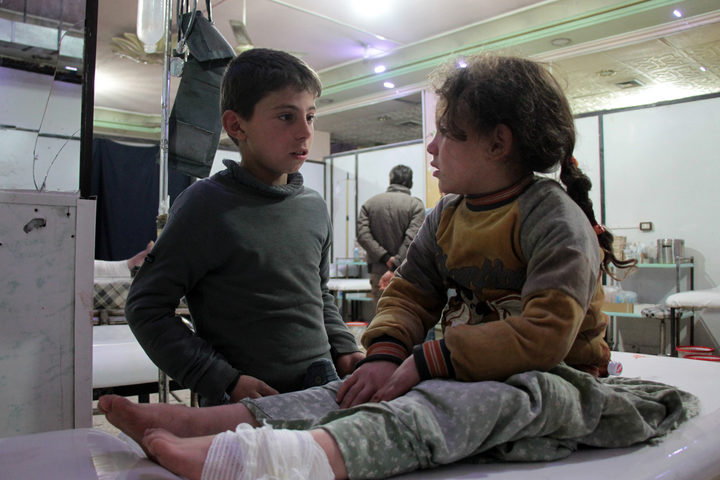 A Syrian boy talks to an injured girl as she lies on an operating bed in an emergency room in the rebel-held town of Douma in Syria's eastern Ghouta region on December 17. Photo: AFP PHOTO / Hamza Al-Ajweh

The war in Syria hasn't abated, with the situation in rebel-held Eastern Ghouta reaching a critical point. Dozens have been killed in the last month and now there is the issue of the injured. Children are being evacuated, but there are fears they're being used a bargaining chips in the war.

It's a common issue for besieged cities across the world, with UN children's agency warning that 2017 has been brutal for young people caught in the crossfire.