This Way Up for Saturday 9 September 2017

This Way Up for Saturday 9 September 2017

The sand collector, hurricane helpline, compression clothing, sporting success at your fingertips, and why don't poisonous frogs poison themselves?! 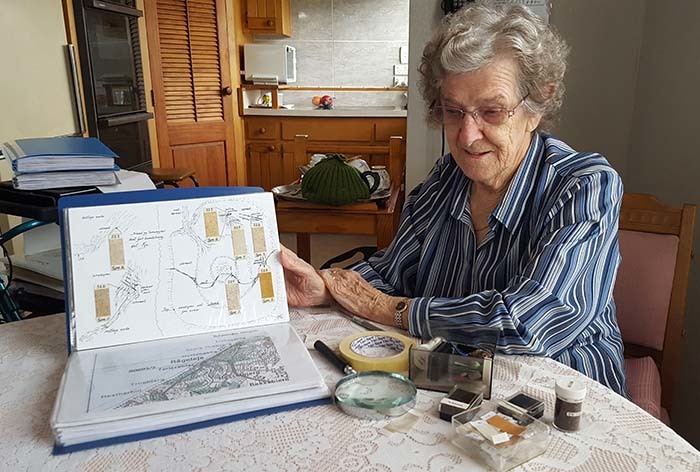 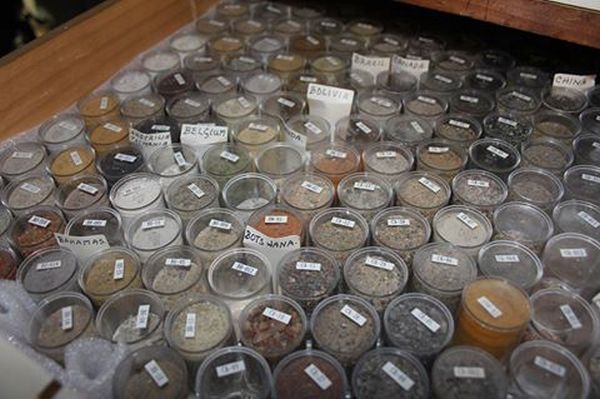 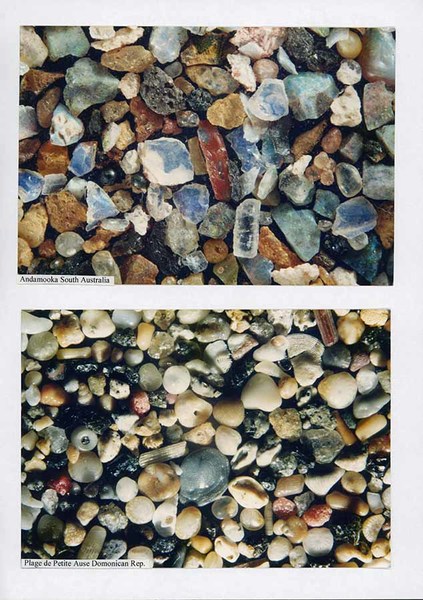 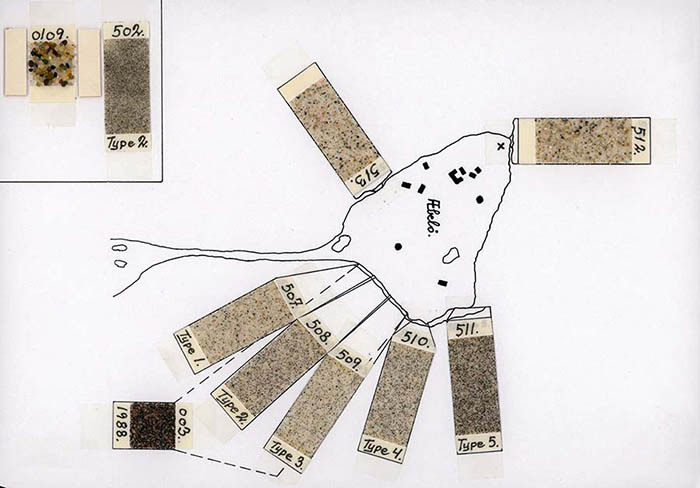 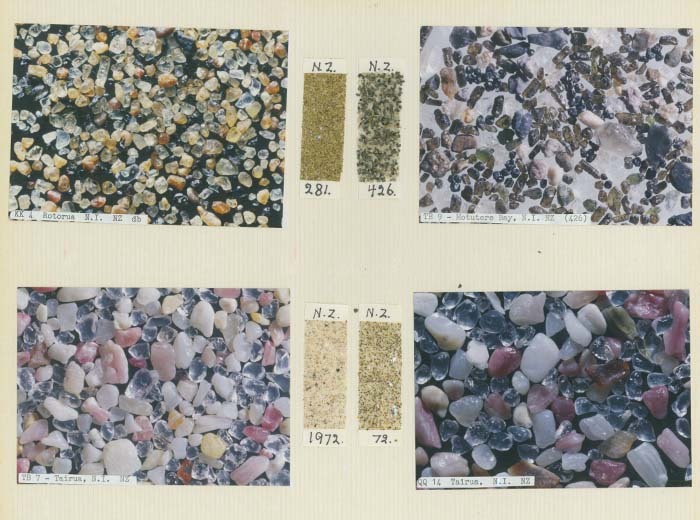 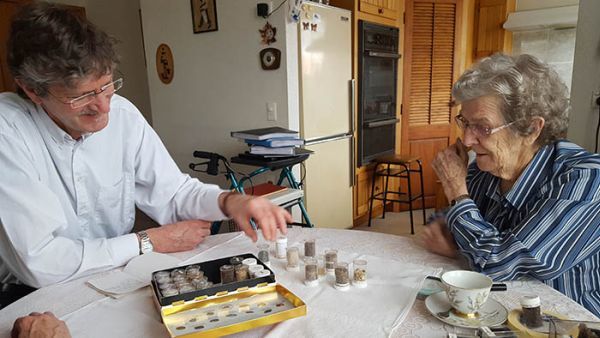 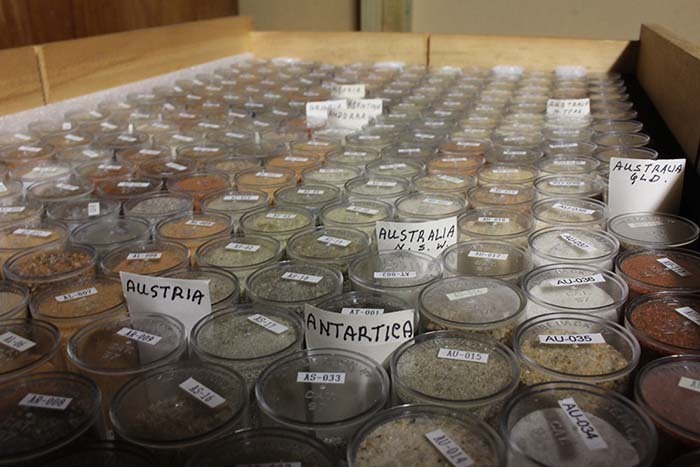 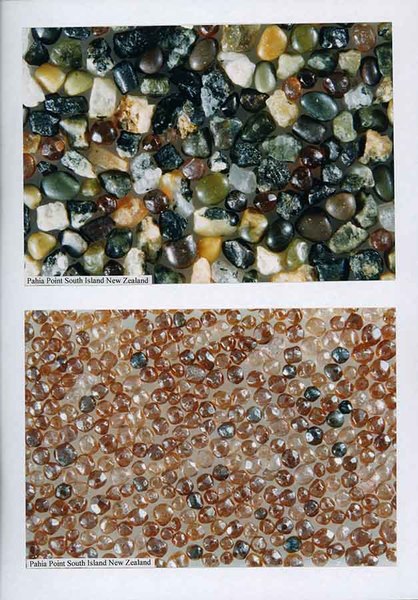 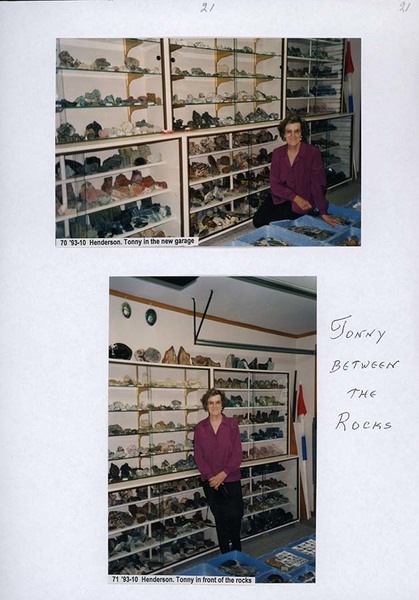 Tonny with some of her mineral collection (Tonny Brinkman)

We need sand to make glass, concrete, bricks and it's essential for beach volleyball, aquaria and of course building sand castles.

Sand is a huge global business today, and as we discovered on the programme back in June, there's a massive surge in demand for sand as our built environments continue to grow and grow.

Sand isn't just yellow grainy stuff you find at the beach, either.

It comes in all sorts of colours and shapes and every grain tells a story about the place it comes from; the mix of minerals, rocks, shells and man-made materials like plastic providing a unique snapshot of a place's geology and the forces at work shaping its future.

So although we tend to take sand for granted, perhaps it's no wonder that people collect sand, too.

Tonny Brinkman is a 93-year-old sand fan who has donated her collection of thousands of different sands from all over the world to the Auckland War Memorial Museum. 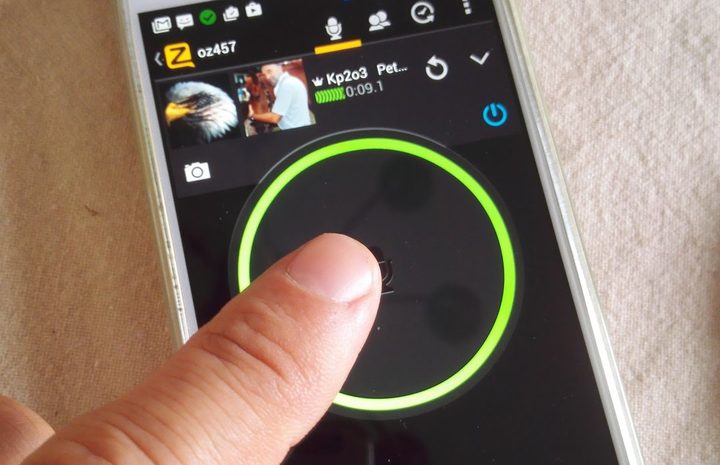 Which tech issues are dominating the political agenda in the run-up to the general election on the 23rd of September?

Also Zello, an app that turns your smartphone into a walkie talkie and is great for group communications (a bit like the old citizens band or CB radio if you remember them), racks up more than 65 million downloads and rockets to number 1 on the App Store during hurricane season.

And Christchurch gets what's claimed to be one of the world's first all-electric vehicle car sharing schemes. So will it take off? 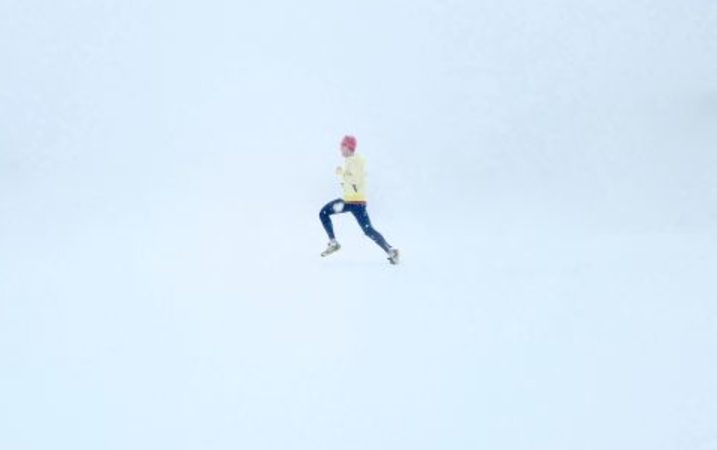 "Scientists suspect that any benefits felt when wearing compression clothing during exercise may be down to the placebo effect – the large hole left in the wallet from the purchase may leave the wearer willing it to make a difference."- David Cox in The Guardian

It seems counterintuitive if you've ever tried to work out wearing a pair of skinny jeans, but could very tight clothing actually improve your athletic performance?

That's the idea behind compression clothing - the array of leggings, socks and tops sold by the likes of Adidas, Under Armour, Asics and Skins.

They're part of a rapidly growing market predicted to be worth billions of dollars within the next five years.

Compression clothing has its origins in medicine: wearing a stocking around the leg can improve blood flow through the veins and is helpful in preventing clots.

That's why many of us wear compression stockings on long-haul flights to avoid 'economy class syndrome' and reduce the risks of deep vein thrombosis.

But big brands have seen the potential for sports and athletic wear.

If you've ever bought any compression clothing, you'll know that it commands a premium price and is marketed with phrases like "increase muscle power", "go further and faster" and "optimise performance".

But is there any science to back up these claims?

And how powerful is a placebo effect accentuated by having dropped so much cash?

David Cox has been looking at the research underpinning the compression clothing scene in The Guardian.

Could fingers hold the key to sporting success? 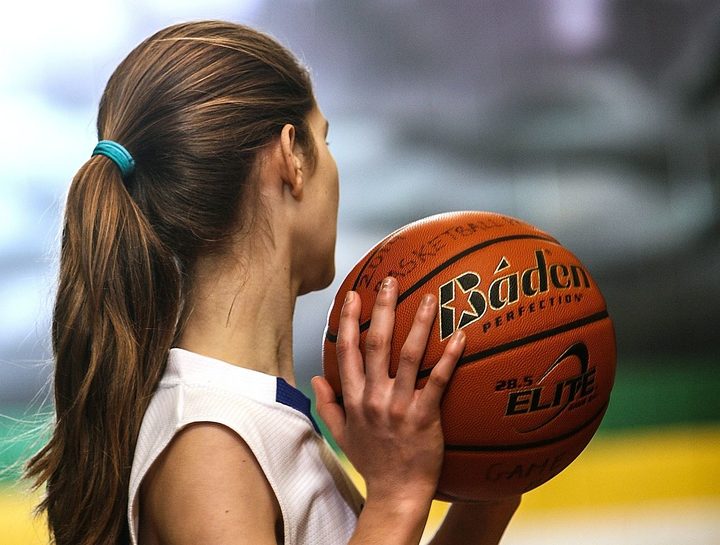 That's the thrust of some intriguing research looking into the relative lengths of your ring finger and your index finger... the second, pointy one.

Basically, the relationship between the two looks like it's a pretty good indicator of your spatial awareness, hand-grip strength, fitness levels and even your general mental outlook and levels of aggression.

This means that in general, those whose ring fingers are relatively longer than their pointers tended to perform better in sports including football, American football, basketball, rowing, rugby, running, surfing, swimming, tennis and volleyball.

Grant Tomkinson of the University of North Dakota has been looking at the evidence.

Finger size does matter... in sports

Examine your fingers. Which is longer? Is it the index finger (the finger you use to point with – technically the second digit, or 2D, counting the thumb), or the ring finger (the fourth digit, or 4D)?

Males typically have lower digit ratios (the ring finger in males is typically longer than the index finger) than females (the fingers are about the same length in females). The ratio does not change much with age.

There is some indirect evidence that the digit ratio is determined during early fetal development – as early as the second trimester of pregnancy – by the balance between the steroid hormones testosterone and estrogen. The developing ring finger has a high number of receptors for testosterone: the more testosterone the fetus produces, the longer the ring finger, and so the lower the digit ratio.

Our research team wanted to take this finger research a step further: could the differences predict athletic ability, and, if so, how?

In general, those with lower digit ratios – that is, those whose ring fingers are relatively longer than their pointers – are more likely to perform better across a very wide range of sports and athletic events. This was first illustrated in a detailed study of English professional football (soccer) players.

While the relationship between digit ratio and sports performance is generally stronger in males than in females, important relationships have been seen in females. For example, we published a study in 2015 showing that females with lower ratios rowed substantially faster at the Australian Rowing Championships than females with higher ratios.

The relationships have also generally been stronger for athletes who compete in closed-skill sports (stable, predictable, self-paced environments such as rowing, running, swimming) than athletes who compete in open-skill sports (unstable, unpredictable, externally paced environments such as basketball, football, volleyball). This is probably because single traits, such as the digit ratio, are not usually favorably related to open-skill sports performance because numerous factors determined by the collective actions of all players, not the individual, are involved in sporting success.

Nonetheless, in a recent study of Australian basketball players, we showed that men with lower ratios were more likely to reach higher competitive levels and play at the Olympic Games.

Another interesting finding is that the right digit ratio is apparently more sensitive to fetal steroid hormones than is the left digit ratio. This might be why the right ratio is sometimes better related to athletic performance.

Why are people with lower digit ratios better athletes?

While the digit ratio itself does not confer a sporting advantage, it is thought to be a biomarker of fetal testosterone, which has powerful, long-term effects on the developing body and brain. For example, it influences the growth and development of several organs, including the brain, heart, muscles and bones, which are important for sports and athletic performance.

Studies have shown that people with lower digit ratios tend to have better visual-spatial and cognitive ability, presumably due to better development of the right side of the brain. These abilities are important in sports where athletes have to follow the flight of the ball, read the play and make tactical decisions.

Mental toughness also plays an important role in sporting success. Mentally tough athletes have an insatiable desire to succeed, have unshakable confidence, are highly motivated and adapt well to stressful situations. A study of British athletes in 2011 found that those with low ratios were mentally tougher, more determined, more confident and more optimistic.

Physical fitness is an important determinant of success in many sports and athletic events. Favorable links between digit ratio and cardiorespiratory endurance and muscular strength have been found in males. In a recent study of Minnesotan high school boys, we found that those with lower ratios had better hand-grip strength (irrespective of age and body size) than their peers with higher ratios. Physical fitness is also an important indicator of good health, suggesting that people with low ratios are healthier.

The digit ratio is also assumed to be a good measure of adult steroid hormones because of its link with fetal steroid hormones. While there is little evidence to support this, men with low ratios do, however, experience more marked spikes in testosterone during challenge situations, such as those experienced during competitive sport. Males with low digit ratios also tend to be more aggressive and take more risks.

The long and short of it? Sporting success is in your hands.

Why don't poisonous frogs poison themselves? 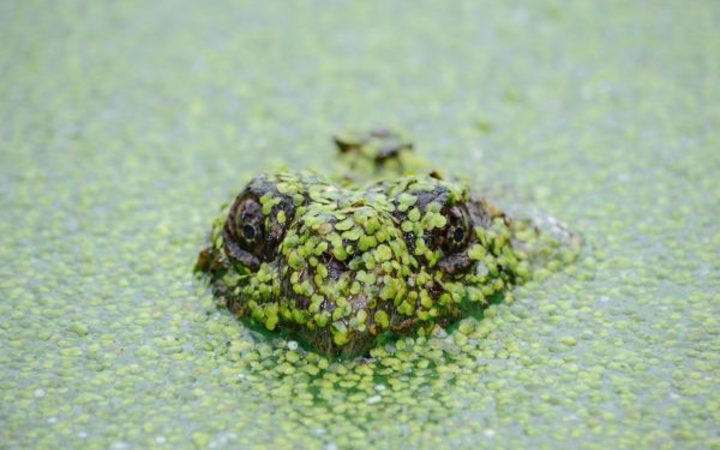 This week the global pharmaceutical giant Novartis has just got USFDA approval for a new class of leukemia treatment that uses a patient's own blood cells to combat cancer.

The agent is called Kymriah and targets a blood cancer called acute lymphoblastic leukemia, one of the leading causes of childhood cancer.

In other news, why don't poison dart frogs poison themselves?

For thousands of years, indigenous tribes in Columbia have smeared their blow darts and arrows with secretions from the poison dart frog's skin.

These secretions contain chemicals called batrachotoxins, which the animals pick up from centipedes and other insects in their diet.

Now scientists have isolated some genetic differences in these frogs that protect them from the ill effects of the poisons stored within their own body.

Dr Chris Smith of The Naked Scientists brings us the latest from the world of science news and research.