...building a humanoid robot that can rival a human both in intelligence and an ability to manipulate the physical world, is by them seen as their Apollo Programme."

South Korea is one of the most connected countries on the planet, and a leading manufacturer of flat screen TV's, smartphones, cars, and ships.

If the Korean government succeeds, it'll become a global leader in the production of robots too. The government is making a big push to develop its advanced robotics industry, including humanoid robots that do a whole lot more than mow the lawn or vacuum the house. There's even plans afoot for a robot theme park, 'Robot Land'; a US$1 billion state-sponsored venture with rides and testing labs set to open in 2016.

Simon Morton recently travelled to South Korea and visited Robot World 2014. It's basically a beauty pageant for the Korean robotics industry, attracting everyone from curious school kids to the military. Part of the proceedings is the HuroCup competition, where robot designers put their humanoid creations to the test in competition in 7 events (sprint, penalty kick, obstacle run, lift and carry, marathon, weight lifting, and basketball), and an all-round competition for the best robot.

Professor Jacky Baltes from the University of Manitoba in Canada is Chair of the HuroCup and he told This Way Up's Simon Morton, "For countries like Korea, Taiwan, China, Singapore, building a humanoid robot that can rival a human both in intelligence and an ability to manipulate the physical world, is by them seen as their Apollo Programme; that is the biggest scientific challenge that they face, the problem that they really want to solve." 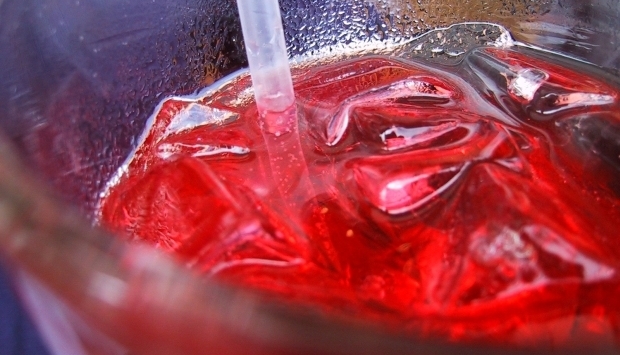 How the city of Berkeley in California fought 'Big Soda' and won, with a new tax on sugary drinks. With Sara Soka, Campaign Manager of Berkeley vs. Big Soda.

New research shows how bacteria play a crucial role in the formation of the nervous system.

Dr Chris Smith from the Naked Scientists told This Way Up's Simon Morton about new research showing that mouse pups born to mothers uncolonised by any bacteria have a defective blood brain barrier; a protection between the nervous system and the rest of the body.

Sven Pettersson and a team from the Karolinska Institute in Stockholm, Sweden, was able to restore the barrier's function by giving the animals a transplant of bowel bugs from normal, healthy mice. For the first time, this links the function, integrity and development of the nervous system with the bugs that colonise the intestines.

The researchers speculate that through various signals, including production of fatty acid molecules, the presence of bugs in the gut activates the cells that form the blood brain barrier.

The Karolinska team still needs to confirm whether the same process occurs in humans. If it does, the findings suggest that what a pregnant woman eats, and if she is exposed to antibiotics, may influence the development of her baby's blood brain barrier.

Dr Smith says, "I was really shocked when I read this because we're learning almost on a week-by-week basis that the microbes that live on us and in us...they're almost more important than some of the organs in our body, these microbes. We've learned already in recent years how the microbes in your gut control your blood pressure, they control whether you're susceptible to certain diseases. Now we learn that they're involved potentially in the blood brain barrier, which is this special chemical ring fence that isolates your brain and nervous system from the rest of your body, and that's critical for the delicate functioning of the brain. This also seems to be relying on bacteria to trigger its formation and function."

The discovery could also lead to a better understanding of the immune disease multiple sclerosis, a major feature of which is a highly variable, relapsing and remitting course that affects different parts of the nervous system at different times. Perhaps the intestinal bacteria of MS patients are playing a role in manipulating the blood brain barrier, allowing the immune system to periodically gate-crash parts of the brain and spinal cord to trigger inflammation and disability.

Tech news with Peter Griffin and Facebook moves into the workplace, and the online TV and film streaming service Netflix is coming to Australia and NZ in 2015. 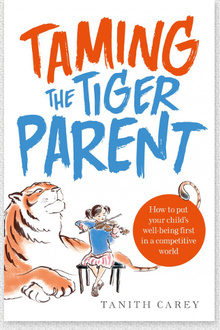 Tanith Carey takes a provocative potshot at pushy parenting, and the industry that surrounds it, in her book Taming the Tiger Parent, published by Robinson.

Maddy Savage lives in Sweden where a taxi company is offering free in-car therapy sessions and video games are being rated for gender equality.