Audio forensics specialist Philip Harrison of JP French Associates can use the background hum coming from the mains electricity network to work out if audio recordings are fake or not.

How big is a single scoop of icecream?! We've been measuring scoop sizes at 6 local dairies and the results are shocking. We also speak to Minna Reinikkala, the Group Marketing Manager for Tip Top.

The way New Zealanders insure their homes is fundamentally changing as we move from 'total replacement' cover to 'sum insured'. So what does this mean for consumers? With Karen Stevens, the Insurance and Savings Ombudsman, and Tim Grafton, chief executive of the Insurance Council.

We're answering your questions after last week's story on changes to home insurance policies from 'total replacement' to 'sum insured' cover. With Suzanne Wolton, AA Insurance's Head of Distribution and Customer Relations, and Iain Opray of the Insurance and Savings Ombudsman Scheme.

Norwegians are mad about firewood! There's a TV show marking National Firewood Night, and a bestselling book Hel Ved or 'Solid Wood: All About Chopping, Drying and Stacking Wood - and the Soul of Wood-Burning'. We're speaking to Hel Ved's author, Lars Mytting.

Why eating grapefruit or drinking it's juice with some medicines can be seriously bad for your health. Canadian clinical pharmacologist David Bailey made the initial discovery about the interaction more than 20 years ago. Now he's updating the advice to include loads of new drugs.

A follow up to last week's story about the potentially dangerous interactions between grapefruit and some of our most commonly prescribed drugs. We got loads of questions about the possible differences between US and New Zealand grapefruit. Dr Dorothy Saville of the University of Otago has studied this.

Dean M. Anderson is working on invisible 'virtual fencing' uses a mix of GPS and electric shocks to keep your stock where you want them.

Craig Shepherd is The Duckman! He runs a duck and waterfowl hospital and breeds the endangered brown teal.

Machinima.com is a video site targeted at computer gamers that's becoming one of the world's biggest entertainment networks. Neal Pollack's been looking at the Machinima phenomenon.

Alex Revell drops in on a library with a difference. He visits the school-based bicycle library in Lower Hutt that lends out bikes not books.

Lee Paterson of Pinoli is growing pine nuts in Marlborough.

Is the smoked fish you buy in the supermarket really smoked or just painted with smoke flavouring? With food technologist Torben Sorensen.

We're cooking basmati rice four different ways- rapid boil, absorption, in a rice cooker and the microwave- to find out which tastes best. With Julie Clark of Floridita's. 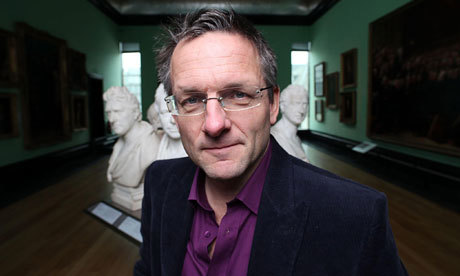 Fasting diets seem to be all the rage nowadays, but what are they and do they actually work? Dr Michael Mosley's co-author of 'The Fast Diet'.

As the owner of Premium Game in Blenheim, Allan Spencer works with a team of other hunters to bring wild pigs, rabbits, goats and deer into our food shops.

Do you get spam? How modern day spammers are using social networks to harvest our personal data to make their requests so much more convincing, it's called 'spear phishing'. Finn Brunton has just written Spam: a shadow history of the internet (MIT Press)

Citizen science meets birdwatching and technology on the eBird website. It's a massive online database creating a giant global birdwatching community that updates in real time. With Marshall Iliff, leader of the eBird Project at the Cornell Lab of Ornithology, and local eBird users Nikki McArthur and Susanne Govella.

Dr Robert Lustig is a professor of paediatrics at the University of California who's been studying the effects of sugar on appetite and the human body. He reckons sugar is toxic and addictive and is linked to a host of the world's health problems.

American lawyer Don Barrett's working on a legal team that's filed more than 30 lawsuits against some of the world's biggest food companies. They claim that 'Big Food' is lying to consumers by mislabelling their products.

The team of volunteers teaching refugee women how to drive. With Naomi Tocher at ChangeMakers Refugee Forum, learner drivers Abeba Yehdegela and Julia Tha, and Valerie Townsend of the 'Turning the Curve: Refugee Women Drive' project.

Why are so many non-Jewish consumers choosing kosher food? With Timothy Lytton the author of 'Kosher: Private Reegulation in the Age of Industrial Food' (Harvard University Press) and kosher certifier Rabbi Isaac Mizrahi of The Kosher Kiwi Licensing Authority.

Kyria Boundy-Mills is the curator of one of the world's biggest collections of wild yeast at The University of California, Davis.

Mark Miodownik is a Professor of Materials Science at University College London. His book 'Stuff Matters' explores the materials, like concrete and steel, that shape our man-made world.

The challenges and the compromises that come with living a gluten free life. With Dr Jason Tye-Din, Sarah Semple, daughter Jemma and Bill Darnell.

David Epstein looks at the genetic basis of sporting excellence in his book The Sports Gene.

Dress For Success is an international network helping women to find jobs and stay in work. It provides a free clothing and fitting service for jobhunters here in New Zealand too. With dresser Kristeen Johnston, clients Moana Montgomery and Averil Wills, and manager Leonie Smiley.

In his book 'The Lost Art of Finding Our Way', John Huth looks at traditional navigation methods and our modern reliance on digital technology. Also some of the challenges facing practicing Muslims as they locate Mecca five times a day for prayers. With Sheikh Mohammed Amir, imam of the Wellington Mosque in Kilbirnie, and Jasim Adam.

Jellyfish are eating our food, shutting down our power plants, and stinging us! In her book 'Stung! On Jellyfish Blooms and the Future of the Ocean' Lisa-ann Gershwin looks at the abundance of jellyfish in the world's oceans, and what this means for us.

Professor Michael Dickinson from The University of Washington has devoted his life to studying the fruit fly.

Colin Jerolmack goes inside the world of pigeon racing and the South African Million Dollar Pigeon Race in his book "The Global Pigeon". Also, a man with a truck load of pigeons, literally! He's taking hundreds of racing pigeons across Cook Strait to release them in Timaru and Stewart Island for an end of season race.

The 2,000-year-old piece of technology that's still a central part of the global distilling and brewing industry. Wayne Curtis has been looking at the history and science of the barrel. Also Pete Gillespie and Jos Ruffell of The Garage Project are importing tequila barrels from Mexico to brew their craft beers in.