John Cryan: How your gut affects your brain

The diversity of bacteria in our gut can have significant impact on our mental health, a researcher says.

Dr John Cryan, a neuropharmacologist and microbiome expert from the University College Cork, specialises in the interactions between the brain and the collection of microbes in the gut, and how that relationship affects stress, psychiatric health and immune-related disorders. 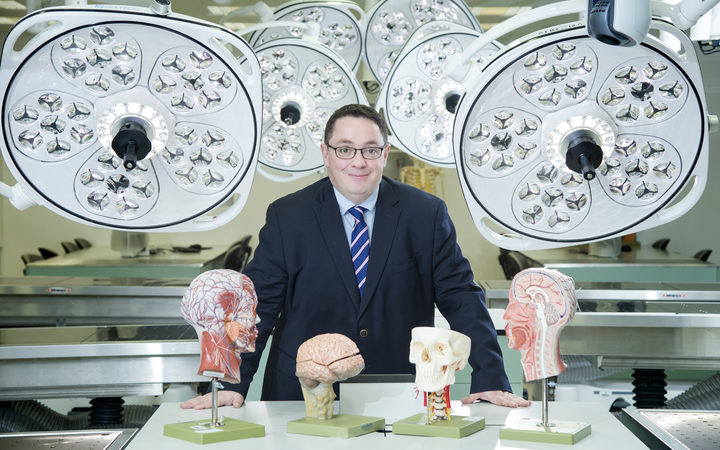 His book, The Psychobiotic Revolution argues that beneficial microbes can improve mood.

“We’re beginning to understand that there’s a very strong link between our gut and our brain,” he says.

Dr Cryan says we have more nerves in our gut than we do in our spinal cord - something that led a colleague to call the gut a “second brain”.

“The gut - and this nervous system within it - can communicate with the brain in a whole host of different ways. It’s this communication that’s really important to how we feel how we feel, if you get what I’m saying. It’s a two-way street. Every student will know that when they’re stressed, it will have a direct effect on their gut.”

Our gut microbiomes are formed within minutes and days after we’re born. It informs our immune system and plays a key role in metabolism, Dr Cryan says.

As we age, our microbiomes will begin to decay which has led to an explosion in research - but also a lot of snake oil, he says.

Dr Cryan warns that not enough research or evidence exists yet for people to treat themselves through products like pro-biotics. Some microbes, for instance, are good for us and some are not, but the line is not always clear-cut.

“We don’t really know what a normal microbiome looks like. We’re still trying to figure that out.”

What we do know is that diversity of diet is a good thing, Dr Cryan says.

“The food that we eat and the lifestyles we have can train certain microbes. Some like grilled cheese sandwiches, but they might not be the best microbes for you.”

Dr Cryan says highly-processed foods are causing an “extinction” in our gut microbes, and studies have shown that hunter-gatherers in Tanzania have much more diverse microbiomes than those in the West.

“We can see what agriculture has done. We cause a diminution.”

He says antibiotics, living in polluted cities, lack of sleep, and stressful lifestyles have also contributed to this decline in gut diversity.

Dr Cryan says research has shown that IBS can be reversed by targeting microbes. It could also have uses in treating mental health problems.

A study at Deakin University in Melbourne showed that nutritional interventions, used in with other treatments, can have success treating depression. And the Mediterranean diet showed particular promise with its emphasis on Omega-3 and fatty acids. 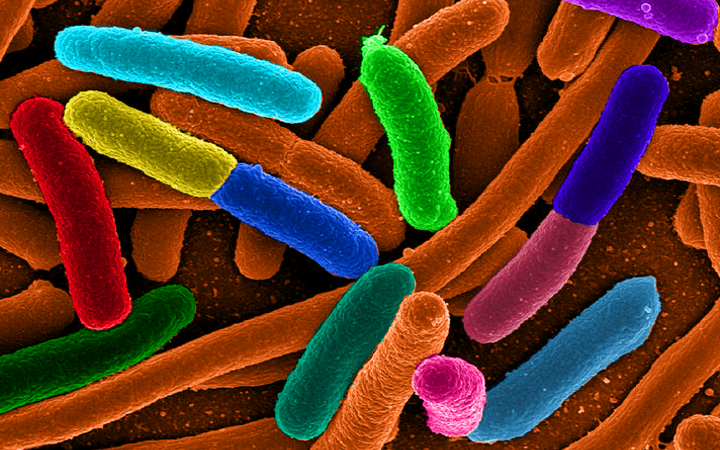 Though he also warns there is a lot of snake-oil and people need to be aware of fad diets and the long-term damage they can cause to microbiomes.

He says “pro-biotics” are often misunderstood, and the word is even banned in foods in Europe.

“Most of what you see in health food stores and supermarkets have never been tested to see if they confer a health benefit,” he says.

His team is currently working with researchers at Oxford University to look at how “psycho-biotics” and “pre-biotics” could positively effect health and mental well-being.

Psycho-biotics are specific bacteria introduced to the gut, while pre-biotics are foods and sugars on which microbes thrive.

Early studies on mice and volunteers have shown treatment can reduce the effects of stress.

In future, Dr Cryan predicts people will be able to “bank” their biomes while they’re in a healthy state and reinstate them as their gut health deteriorates.

“It’s a personalised medical approach. Everyone’s microbiome is different. We can’t do a lot about our genes, but with microbiomes, we have the potential to change them.”

Until that treatment is widely available, he says it’s safe to look at fermented foods to improving our gut’s ability to build bacteria such as kombucha, sauerkraut, yoghurt and kimchi.