A hidden world deep in the recesses of our bowel made up of trillions of microbes has an undeniable effect on our lifetime health - and its foundations are laid at the very moment of our birth.

Everyone has about one-to-two kilograms of microbes in their gut and until very recently little attention has been paid to them, he says. 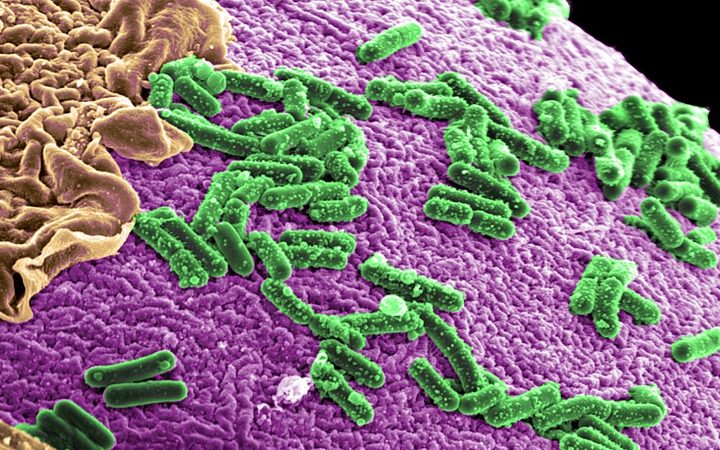 Using genetic techniques such as fingerprinting, researchers have identified fragments of “strange bacteria and other creatures”, or the microbiome, that live in the high intestine.

The rise of asthma, type 1 diabetes and inflammatory bowel disease has coincided with a decline in the microbiome – the collection of good bacteria in the gut.

“The techniques have enabled us in the same way Galileo invents the telescope and looks up to the heavens and blimey, he sees a vast universe out there of stars and planets and things like that that humanity had no idea about. Now using these genetic techniques we can look into the dark deep recesses of the bowel where there is no oxygen, no light, and discover there’s all these strange creatures that live there.”

One of the main discoveries was made by a British immunologist. He found what he coins “the old friends”. They are bacteria that have been with us, genetically, for tens, possibly hundreds of thousands of years. They create the foundation for our immune system.

“So you’re born into the world, your immune system is naïve, it is stupid, it is a bit like a crazy kid who rushes around and attacks everything and what the microbiome and, in particular, what the old friends do, is they’re a bit like granny bringing up the kids.

Our relationship to the old friends “is really tight, really important” but the bad news is we have been wiping them out over the past few decades. The depletion of the old friends results in autoimmune diseases and things such as eczema, asthma, hay fever and more serious illnesses such as inflammatory bowel disease, multiple sclerosis and type 1 diabetes.

One of the effects on the microbiome is birth by Caesarean section and early exposure to high levels of antibiotics. These things are inextricably linked.

“That’s partly because you inherit your microbiome from your mum. You may or may not find this a tasteful thought but as you come down the vaginal canal what you do is swallow parts of poo and her vaginal secretions and this sort of sets up your microbiome for life.”

So, he says, when people come into the world without having swallowed these important bacteria, you are more susceptible to suffering from a poor immune system. This is inextricably linked to being exposed to the antibiotics the mother takes prior to giving birth.

A 30-year study in the US comparing siblings born by Caesarean and those born naturally showed the former to be two-to-three times more likely to be obese and “significantly” more likely to develop allergies or intolerances.

In New Zealand Caesareans used to be at a rate of about 15 percent but this has shot up, particularly in elective procedures, he says.

And this overexposure to antibiotics – and, therefore, the depletion of the microbiome - continues throughout life.

“One of the ways is huge overuse of antibiotics both in the stuff we get from the pharmacy and our doctors, but also in food and meat and things which have been exposed to.”

But that’s not solely where the damage lies. Sugar, which has been proven to increase numbers of the wrong types of bacteria, affects the microbiome. The average child in the United Kingdom eats his or her own body weight in sugar each year.

“Our bodies are not designed to tolerate huge amounts of sugar,” Dr Mosley says.

But there is some good news. There are ways in which people can restore their microbiome and give their old friends a helping hand. Full fat yoghurt, smelly cheeses, kombucha and other fermented and fibrous foods encourage a healthy microbiome.

In particular, a Mediterranean-style diet has shown to have incredibly positive effects on the body and, correspondingly, the mind.  The diet is rich in fat, low in carbohydrates, contains berries, vegetables and legumes.

Research of 7000 participants from Spain compared this diet to a low-fat diet. The Mediterranean-style diet, despite consisting of red wine and dark chocolate, produced some astonishing effects.

“The Mediterranean diet I described in particular seems to be good as a fertilizer, if you like, for encouraging the growth of good bacteria. It particularly encourages the growth of these bacteria that produce things called short chain fatty acids. These are anti-inflammatory agents. They cool and calm down the gut wall and gut itself.” 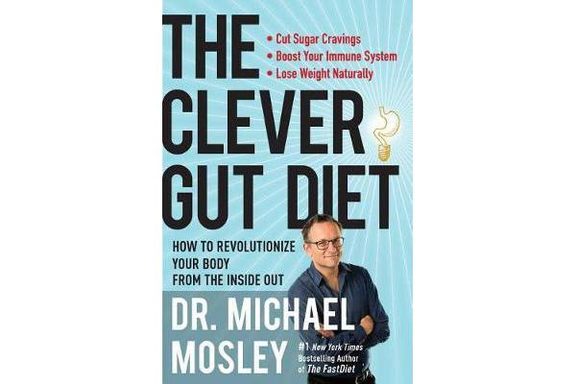 A study of the same diet on people in Melbourne with mild-to-severe depression showed it positively impacted their mental wellbeing. A third of the group who took up the diet were able to come off their medication.

Another study of the body’s bacteria showed that weight loss is not as simple as the old adage – eat less and do more exercise.

The gut is smart, he says. And that is not hyperbole. The gut actually has a brain, called The Second Brain, but it’s not in a central ball like the actual brain – it’s spread across the stomach.

“You have as much brain down there as you would find in the head of a cat and my cat is pretty clever,” says Dr Mosley.

“It’s connected to your main brain by what’s called the vagus nerve which is a super broadband system. Really rapid messages travel between your main brain and your gut brain and so when we talk about gut feelings, going with your gut, stuff like that, it is an accurate reflection of what actually happens.”

Stress responses can travel both ways. It causes a big surge in cortisol and sends a message to your gut which could, for instance, start to cramp. Stress is also proven to trigger bad eating which, in turn, leads to further stress.

“They’ve done these studies with stressed rats where you can manipulate the mental state of the rat by changing the mixture of microbiome, and you can do that by feeding it different sorts of probiotics.”

As well as a Mediterranean-style diet, mindfulness and meditation is proven to help stress levels and, in turn, the microbiome. Exercise and gardening are also helpful he says.