The Podcast Hour for Saturday 16 February 2019

The Podcast Hour for Saturday 16 February 2019

Whatever Happened to Pizza at McDonald's? Also battling burger chains, the future of seeds, Instagram and food culture, American BBQ, and that time when celery cost more than caviar!

Whatever Happened to Pizza at McDonald's?

Whatever Happened To Pizza At McDonald's logo (Supplied) Photo: Supplied

For a while, back in the 1980s and 90s, McDonald's sold pizza at some of its restaurants. Then it stopped doing so.

These simple facts have propelled Brian Thompson into an investigation spanning years and 105 podcast episodes as he tries to answer the question- 'Whatever Happened to Pizza at McDonald's?'

Now with this kind of brief you might expect some kind of a linear detective narrative, but if you do you'll certainly be disappointed! Because Brian takes this mundane-sounding question seriously, perhaps a little bit too seriously, and he also tends to get easily sidetracked along the way.

We speak to Brian and play an excerpt from Episode 72 of the show. And as well as being a self-taught investigative journalist, Brian is a writer, performer, actor and comedian based in Los Angeles. 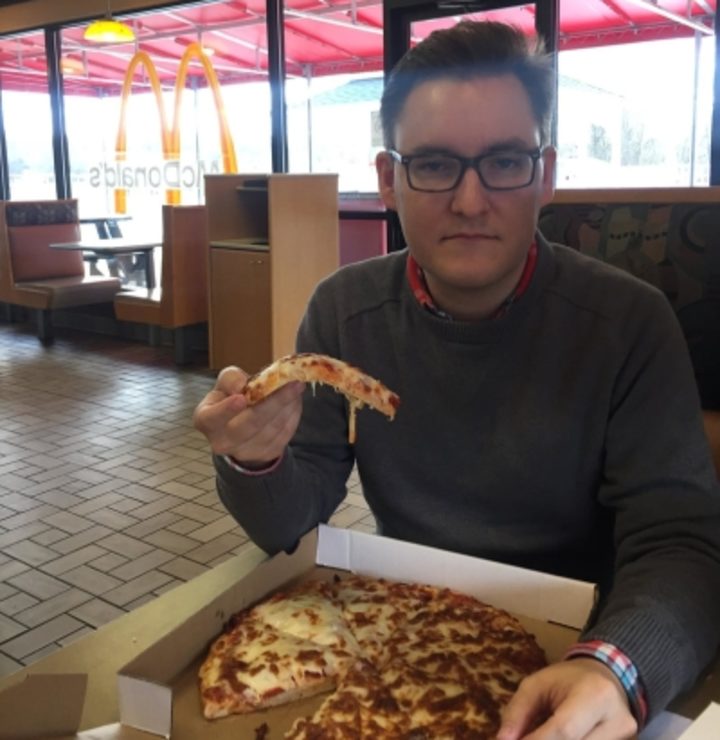 What's On Your Headphones? Brian Thompson of 'Whatever Happened to Pizza at McDonald's?' shares some listening recommendations

Heavyweight
The Best Show with Tom Scharpling
Whitley Strieber's Dreamland "...hosted by a guy who claims to be an alien abductee and talks to people who believe in everything from cat ghosts to psychic yogurt."

Business Wars from Wondery retells the stories of some of the big rivalries that have shaped consumer history.

It uses some creative licence along the way to dramatise key scenes, but the result's informative and entertaining.

Past series have followed Nike vs Adidas, Xbox and Playstation, and  Coke versus Pepsi.

We play an excerpt from Episode 2 of the Business Wars series dealing with the battle of the burgers- Burger King vs McDonald's- with milkshake mixer salesman Ray Kroc poised to take over the McDonald's business.

From politics to pleasure: The Food Programme

With a mission to explore the world of food "from culture to cooking, from politics to pleasure" each week host Sheila Dillon, producer Dan Saladino, and regular contributors including the food writer Tim Hayward, tuck into all sorts of stories about the foods and drinks we're consuming today.

We play clips from a couple of episodes; one called 'Seeds: a 400-million-year-old food story' presented by Dan Saladino and the food historian Polly Russell. The other is called 'How Instagram Changed Food' with food columnist George Reynolds, produced by Miles Warde for BBC Radio 4.

And there are more than 600 online episodes dating back to 2010 on the show's programme page.

Listener Ange emailed us at pods@rnz.co.nz as she's loving The Sporkful with Dan Pashman. She says the show's become a "recent podcast obsession", and strongly recommends an episode called 'A Brief History of American Barbecue'. We play a clip from this episode (and thanks to Anne Saini for her help bringing that to you).

Proof: When celery was in vogue 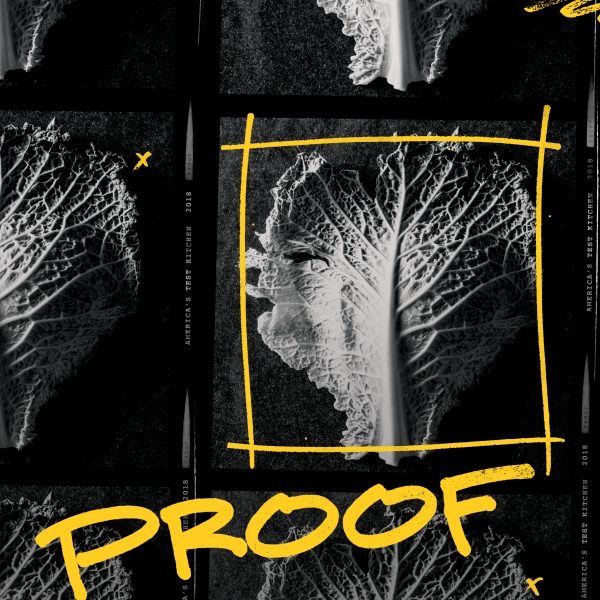 Proof from America's Test Kitchen is a new-ish show trying to solve some food mysteries. Like should you put ketchup on burgers, and how do odd jellybean flavours get designed?!

Writer and producer Maya Kroth shares her love of celery with Proof's host Bridget Lancaster, including stories from celery's golden age in Victorian times when it was a status symbol costing more than caviar.

And in 'Beanboozeld, Part 2', Sara Joyner investigates how people design weird jelly bean flavours, with her research opening up a rabbit hole into the global food flavouring industry, and its history from about 1850 onwards.