The Podcast Hour for Saturday 9 February 2019

The Podcast Hour for Saturday 9 February 2019

A parody of self help Sixties style in 'The Complete Woman'. 'Imaginary Advice' blends fact and fiction in clever audio stories about the human condition. 'The Big One' explores LA's and California's readiness for the next major earthquake, and 'Shedunnit' uncovers the real life mysteries that lie behind the pages of classic detective fiction.

'The Complete Woman' is a 6-part series sending up domestic life back in 1960s America that came out a couple of years ago.

Drawing her inspiration from old self-help guides, Amanda Lund creates the domestic guru Marabel May. And you don't have to listen too hard to see through her bright and breezy veneer. Poor Marabel is even reduced to speaking to her domestic appliances in the search for meaningful conversation!

We play some of Episode 1 of The Complete Woman, written and performed by Amanda Lund. There are also two related series called Complete Joy and The Complete Wedding available via Stitcher Premium.

He does it all himself (including recording his voice links in what looks like a cupboard!) and he calls the podcast the most important thing he makes, and a 'sketchpad' to try out new ideas. And it does have an experimental, even surreal, feel to it at times blending fiction and documentary to tell audio stories about the sometimes strange worlds we humans inhabit.

In recent episodes he's also explored what it means to share a name with a Scottish rugby team- The Other Ross Sutherland- and one I really enjoyed where he goes inside the symbolism and the stories behind professional wrestling- that one's called Make It Real.

Quake safe? Surviving The Big One

Sooner or later 'The 'Big One'- a 7.8 magnitude earthquake- is going to hit Los Angeles and Southen California. In fact, there's a 50:50 chance this is going to happen in the next 30 years.

When it does, hundreds- perhaps thousands- of people will lose their lives, and the damage bill could approach US$300 billion.

Hearing about big earthquakes here in New Zealand and elsewhere made the Southern California public radio station KPCC think about how ready its local community really was for a natural disaster.

Its series 'The Big One' tries to picture what might happen after a big LA quake. and what you'll need to do to survive. Now to do this you could just present a series of interviews with talking heads in a studio discussing disaster preparedness: but that would probably be very dull. So the show follows a central character- it could be you!- and the challenges they face as they leave the central city and try to get home to their family. This first person narrative and some creative sound design helps put the listener right into the middle of things.

What's on Your Headphones? Listening recommendations from Jacob Margolis 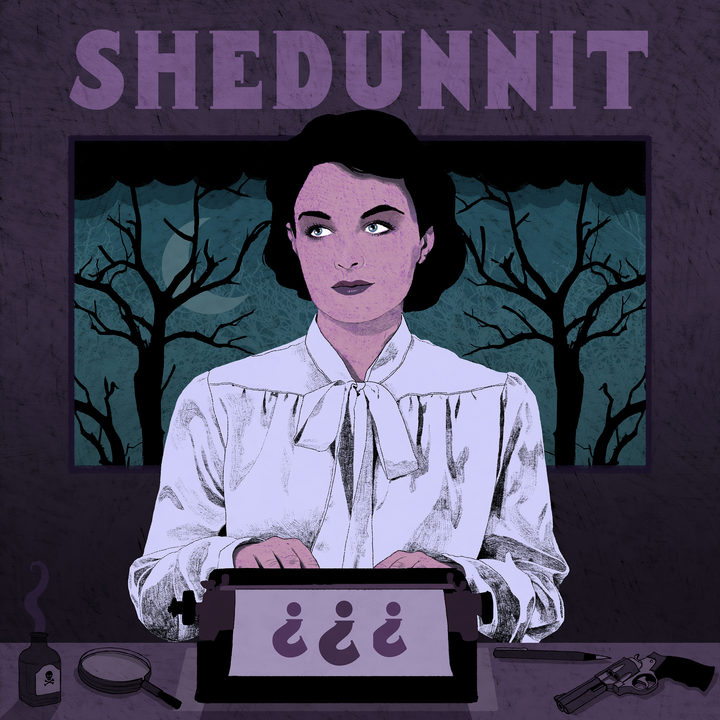 If you're a fan of classic detective fiction- think Ngaio Marsh, Dorothy L. Sayers, and maybe some Miss Marple or Hercule Poirot thrown in for good measure- then check out Shedunnit.

It's made by Caroline Crampton who writes for the popular podcast industry website and newsletter Hot Pod. But Caroline's also seriously into fictional sleuths and some of the real life mysteries that surround them. And as the title suggests, she's especially interested in the role women play in this world.

We play some of 'The Lady Vanishes' an interesting story all about the disappearance of the famous writer Agatha Christie who went missing for 10 days back in 1926 with her marriage foundering, and having recently lost her mother. Her abandoned car was found on the edge of a lake with the headlights on and her luggage still inside. It sparked a huge search by the police and the public and some outlandish theories about what had happened to her before she turned up safe and sound staying under a false name at a hotel in Yorkshire!