The Podcast Hour for Saturday 8 December 2018

If you could revisit one crucial time in your life when things went wrong or you made a decision that still bugs you, would you go back to make things right?

In Heavyweight, Jonathan Goldstein is a kind of "therapist with a time machine”, leading people into their own pasts to face the truth about a crucial life event. 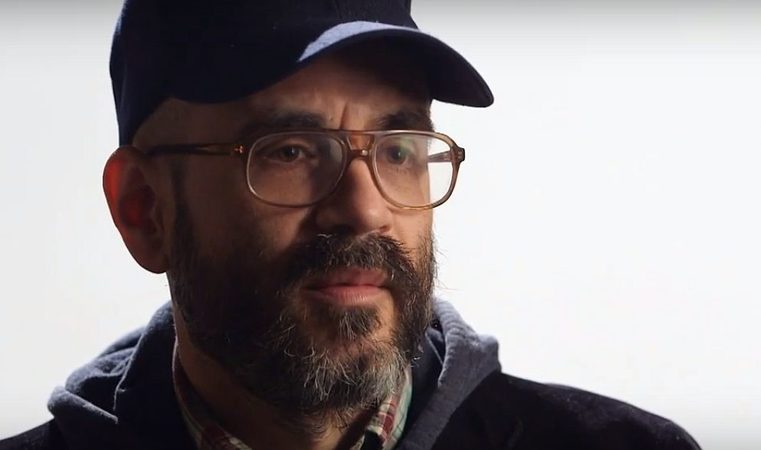 Goldstein is a Canadian-born writer, radio producer and a former longtime producer of This American Life.

His role in Heavyweight is quite difficult to explain – part detective, part narrator and at times "a therapist with a time machine”.

What he does so cleverly is insinuate himself into stories of second chances, lingering on the awkward moments when things didn't quite go to plan.

Take a listen to Rob – the first episode of the third and current season – in which a middle-aged man who remembers breaking his arm as a kid finds out if he actually did - despite his family denying it ever happened.

The first season of Heavyweight premiered in 2016 with an episode called 'Buzz' in which Goldstein took his 80-year-old father Buzz to Florida for a fumbling attempt to patch up his fractured relationship with his brother Sheldon.

In Goldstein's words, Buzz and Sheldon “still possess voices and temperaments suited to shouting out Brooklyn tenement windows” and he acts as the uneasy fixer.

In the most famous episode of Heavyweight – 'Gregor' – a friend of Goldstein's visits the Hollywood home of electronic musician Moby to collect a box set of CDs he'd lent him 20 years ago, which Moby later sampled on his multi-million-selling album Play.

Heavyweight is hosted and produced by Jonathan Goldstein for Gimlet Media and also produced by Kalila Holt, Peter Bresnan, and Stevie Lane with editing by Jorge Just and Alex Blumberg.

Thanks to Julia Kaplan at Gimlet for her help with this episode of The Podcast Hour.

In 'Simple Pleasures', the popular chef Yotam Ottolenghi gets some interesting guests round to his place and makes them a meal from his new cookbook.

The focus isn't just on food either, but also on travel and culture and life. We play some of an episode featuring the ex-Python and TV traveller Michael Palin who likes pies but isn't so flash at cooking!

After previous episodes involving athletes, aviators, scientists, tennis players and spies, The Girl Who Roared is all about the singer, actress and activist Helen Reddy whose signature hit is the 1972 number 1, 'I Am Woman'.

We play an excerpt from 'Helen Reddy: the girl who roared' from the ABC series 'Fierce Girls' narrated by Madison Stewart, produced by Rebecca Armstrong and Laura McAuliffe, written by Samantha Turnbull, with sound engineering from Judy Rapley.

Soon you'll be able to listen to daily news podcasts all day every day if you want to!

'The Daily' from the New York Times started last January, then came other shows like NPR's 'Up First', and 'Today, Explained' from Vox.

The Guardian, the Canadian Broadcasting Corporation, the BBC and NZME. are among those who have started up  daily news podcasts in the past few months.

Just this week the Washington Post launched 'Post Reports', delivered each day in time for the US evening commute.

Meanwhile, newsroom.co.nz's getting funding to make a daily 15 to 20 minute news and current affairs show called 'Daily Podcast' for RNZ.

We play an extract from CBC's 'Front Burner' looking at Google's plans to turn an area of Toronto into a hi tech testing lab for cities of the future.

'Google, Alphabet and the fight over a controversial smart city in Toronto' is hosted by Jayme Poisson, and produced by Shannon Higgins and Elaine Chau. The executive producer is Nick McCabe-Lokos and the show features CBC technology reporter Matthew Braga.

'Eating Fried Chicken in the Shower': headspace and happiness

In 'Eating Fried Chicken in the Shower' the comedian James Nokise encourages 8 well-known New Zealanders to open up about their mental health.

They are in a shower. They stay fully clothed. There's no water. But there is fried chicken!

We feature an excerpt from James' chat with the actor and playwright Rob Mokaraka, who was shot by police in 2009 after a confrontation he engineered to end his own life.

'Eating Fried Chicken In The Shower' is presented by James Nokise and produced by Charlie Bleakley for RNZ.

You can hear the rest of that interview on Nights on RNZ this Wednesday 12th December just after 9pm. You can also find other episodes (including interviews with Hayley Holt and Josh Thomson) wherever you get your podcasts, and at rnz.co.nz/series.