In the first week of alert level 3 MPs have speedily passed a tax bill, started a performance review of the Government and heard views on prisoner voting. 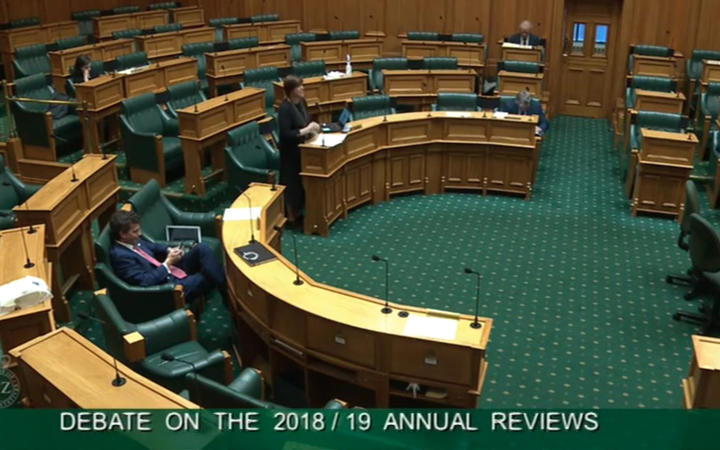 MPs are required in the House on scheduled days from 2pm to work on legislation and make sure the Government is doing its job properly (ideas on what is ‘proper’ differ depending on which party you ask).

This week has included the usual features of the parliamentary prayer, introduction of bills/presentation of reports and petitions and Question Time.

Here are three other things MPs worked on:

Performance review of the Government

The Government needs Parliament’s approval to spend money but before that happens the MPs hold a long debate about how the Government did the year before.

Referred to in short form as the Annual Review Debate it’s actually a bill called the Appropriation (2018/19 Confirmation and Validation) Bill. You understand why they use a nickname now.

Usually a ten hour debate over a few days it’s been shortened to five hours but MPs are still sticking to the expected line of: ‘Government did good’ or ‘Government did bad’.

This bill has to be passed before Budget 2020 can be introduced on May 14.

The costs of Covid-19 are huge and the Government is having to regularly come up with plans to ease the economic damage.

Some of those plans require legislative changes hence the COVID-19 Response (Taxation and Other Regulatory Urgent Measures) Bill was passed through all its stages on Thursday, a process which normally takes a few months.

The Bill does a few different things and business owners should definitely investigate their options, but chief among them is this: Businesses will be able to estimate losses for the 2019-20 and 2020-21 and offset them against tax on profits in the preceding year.

Just prior to the lockdown coming into effect a bill which would allow prisoners with sentences less than three years to enrol to vote passed its first reading.

The Electoral (Registration of Sentenced Prisoners) Bill will

The date for the public to submit has passed and now the Justice Select Committee is hearing from some submitters over video conference to talk more about their views on the bill.

Submitters so far have ranged from law experts like Andrew Geddis and Graeme Edgeler, to prisoner rights groups and former prisoner Eugene Ryder.

Hearings can be watched live or on demand on the Justice Committee’s Facebook page.