A bill allowing prisoners to enrol to vote is before Parliament and it’s asking for the public to submit their view.

The Electoral (Registration of Sentenced Prisoners) Bill will reverse a law change made in 2010 by the National-led Government which removed the ability for prisoners to enrol to vote.

The bill passed its first reading last month (63 in favour - 57 against) and is now with the Justice Select Committee which is calling for public submissions to be put forward by 24 April 2020.

“Māori are unproportionately represented in prisons and our current law about not allowing any prisoners to vote disproportionately affects Māori,” she said. 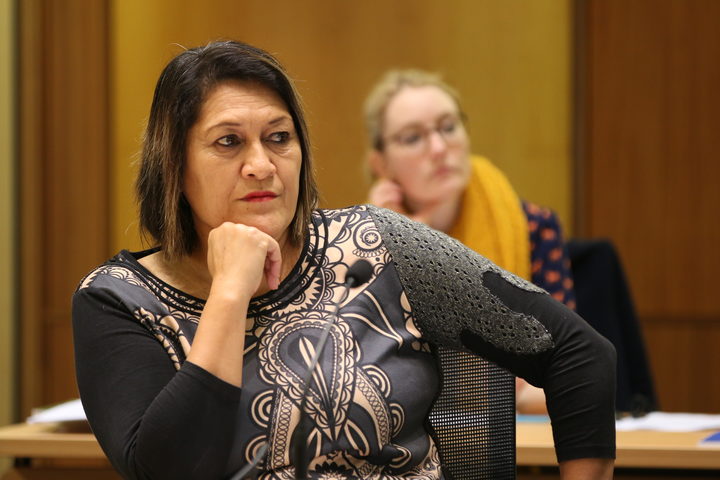 “So this Bill is attempting not only to address the rights of prisoners serving less than three years of a sentence to have the right to vote but it will also have further changes for Māori prisoners who fall into that category.”

Ms Whaitiri said the Committee has already received some submissions and encourages those wanting to submit to use the Parliament website.

“It really just depends on where and how people feel strongly about this particular bill as to who’s going to submit. I suspect a fair proportion will be from the legal profession including those in the Sensible Sentencing Trust and I do hope that some ex-prisoners themselves may feel the need to submit and share their views with the Select Committee.”

Ms Whaitiri said the 2 June report back date for the report on this Bill is set by the whole House (all the MPs), not the committee.

“When we get Bills passed to us by the House we go through quite an intensive process around when we get reports, when we open for submissions, when we actually get further advice from officials... how we consider amendments,” she said. 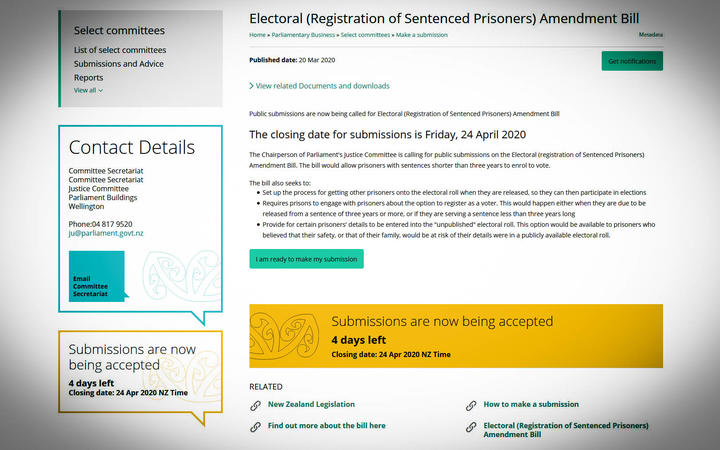 Submissions on the bill allowing prisoners to enrol can be made through Parliament's website. Photo: Screenshot/New Zealand Parliament

“It really comes down to the quality of the issues raised and the ability of the committee to work through those issues and either find places where we agree but respect if we disagree.”

When it comes to submitting Ms Whaitiri said details are more helpful than simply stating opposition or support for a bill.

“We want to know why, what part of the bill is causing you angst? Because that’s the ability of the Select Committee, to improve the bill.

“We can’t change that the Bill’s been introduced because the House has accepted it and it’s been sent off to us.”

But she said submissions which give guidance about their rationale help direct the questions committee members ask of officials.

“So offering up an alternative, or changes, or things that we may have not thought about. There have been occasions where we’ve noted ‘those are very good points and let’s follow those up with officials’. So a well thought out submitter really helps the work of a select committee.”

The committee won’t know who they’ve missed hearing from until the submissions close and they analyse what they’ve received.

“We’ve got means and ways [so] that we can invite further views or opinions from sectors that we feel haven’t been represented.”

Submissions can be made here: Make a Submission - Electoral (Registration of Sentenced Prisoners) Amendment Bill. The Justice Committee can be contacted at: ju@parliament.govt.nz