On the backbenches: It’s in the DNA

This is part of a series about the work of various list and electorate MPs around the country. Read the other parts in this series on Labour MPs Deborah Russell and Jamie Strange or National MP Kanwaljit Singh Bakshi. 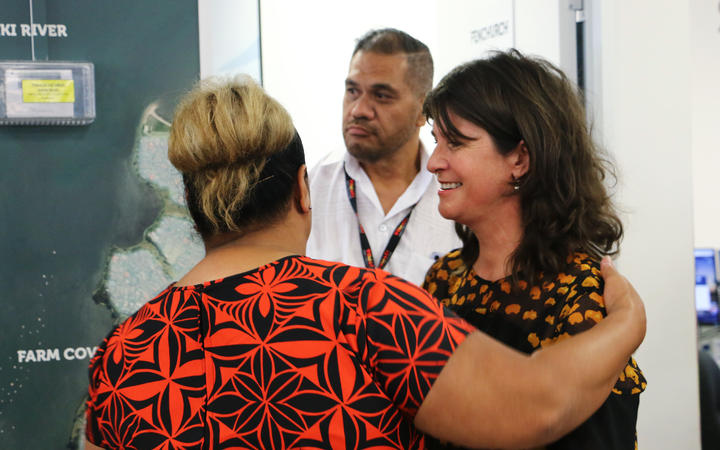 Electorate MP for Maungakiekie Denise Lee with staff members in the Panmure office of the Tāmaki Regeneration Company. The Company, jointly owned by the Government and Auckland Council, is undertaking an urban transformation project in areas of the Maungakiekie electorate Photo: VNP / Irra Lee

National’s Denise Lee says she entered politics because it’s in her DNA.

Ms Lee, the electorate MP for Maungakiekie in Auckland, is the daughter of former MP Graeme Lee of the National Party who later founded the Christian Democrat Party.

But Ms Lee says politics is just who she is.

“I think for some people, maybe it’s a personality thing,” she says.

“It’s just built-in. There’s that service ethic… your ability to say ‘No matter where I am in the world, no matter what I’m doing and what job I have, it’ll involve service somehow'.”

Ms Lee re-iterated that belief as The House followed her around on a day when she was receiving a delegation of Tongan Parliamentary staff.

The group visited the Tāmaki Regeneration Company, the organisation behind New Zealand’s largest housing and community transformation project, and the Onehunga branch of the Citizens Advice Bureau for an insight into the work of electorate offices.

“For me, it was a chance to understand some of the, I guess, the good, the bad and the ugly about parliamentary systems in different parts of the world,” she says. 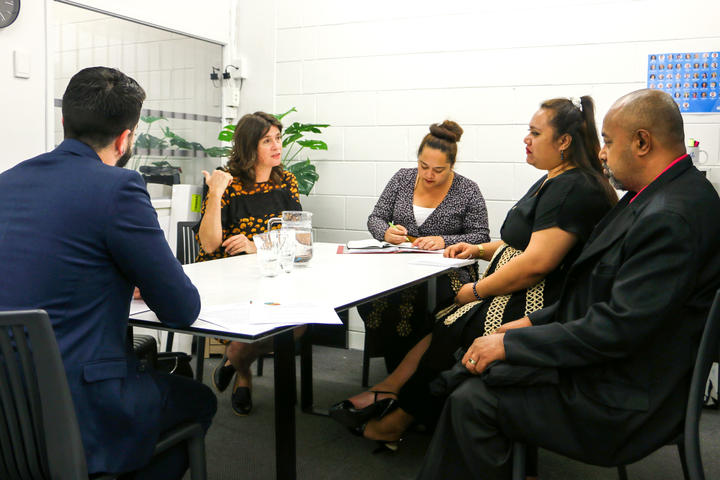 Ms Lee says she and her staff chose to visit organisations doing work in similar areas as they were. She says many come to her office for help with individual immigration, housing, health and ACC cases.

“[Being an electorate MP] denotes that you won the election… and a majority of local people said this is the person that we want to represent us here on the ground, but take our issues to Parliament.

“A lot of the way I learn about things and feel and sense what’s really going in the community is spontaneous.

“You know, I’ll be supermarket shopping with my teenage daughters… sometimes people come up and approach me and want to know ‘Hey, Denise, you know, what do you think about this?’ Or they'll just tell me, ‘Denise, I'm thinking this.’”

Ms Lee is also what’s known as a backbench MP. So called because they sit further back in the House, whether that be because they don’t have a ministerial position or they’re a junior MP.

Despite sitting in the backbenches, these MPs have advocacy and lobbying power both for individuals within the community as well as for issues impacting the whole community.

In particular, the Maungakiekie electorate is going through rapid change with various housing, infrastructure and transport development projects underway. The electorate is also diverse, encompassing suburbs at both ends of the socioeconomic scale.

Awesome news this morning about “Crash Corner”.
AT have respond to community pressure and brought forward construction of safety improvements and a roundabout at the Church/Victoria St intersection. Work will be starting in November.

This will save lives. pic.twitter.com/pmuup5BCFO

“I see it's my role on behalf of them, even if they support the Government, to say ‘I want to help bring a lens over what you're facing, point out things that can be done better, and do my best to get the best deal for locals.’”

But for backbench MPs who aren’t part of the party in Government, advocacy takes a slightly different form because they tend to have less access to ministers. However, it’s still possible to meet with ministers or write letters. One advantage it comes with is being able to more freely and publicly show opposition to policies.

“People think that all we do as oppose, oppose, and I don't know if that's a helpful word. I just say that we hold the Government to account,” Ms Lee says.

“So the Government proposes programmes and funding frameworks, and we've got to, in all genuine honesty, say ‘Is this the right direction for New Zealand?’”

How to amend a law 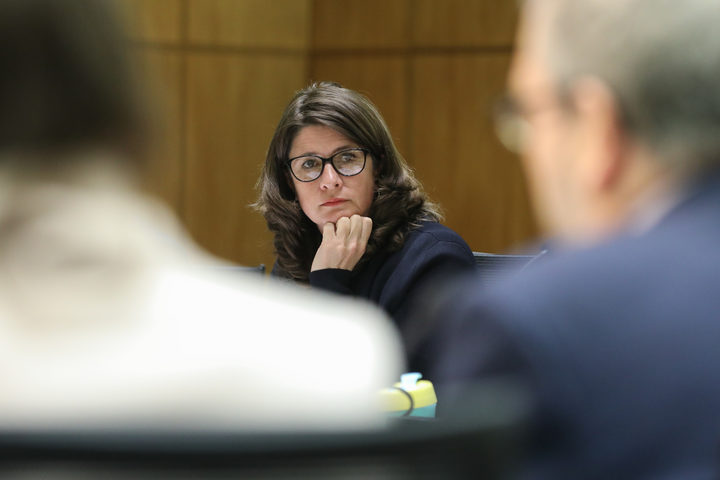 Members’ bills give MPs who aren’t ministers an opportunity to propose legislation. They can be used to correct perceived gaps in the law.

Members’ bills can also inspire or influence the Government’s lawmaking programme. Ms Lee was lucky enough to see her Employment (Pay Equity and Equal Pay) Bill drawn out of the ballot soon after she was elected.

It aimed to prevent pay discrimination based on gender and was a continuation of Michael Woodhouse’s Government bill introduced in the previous National Government. The original bill was withdrawn following the formation of the current Labour-led Government.

“The only way for us to debate it again was through a members’ bill,” Ms Lee says.

While the bill was voted down in the House, with MPs on the other side of the House citing issues with the bill’s current form, the Equal Pay Amendment Bill was later introduced as a Government bill as part of the Government’s lawmaking programme.

It also aimed to prevent pay discrimination between genders. The bill is awaiting its second reading after the select committee in charge of it reported to the house in May 2019.

Learning how to switch off

While casework, advocating for issues, visiting local organisations and forming members’ bills can keep a backbencher busy, it’s important to find time outside of work too, Ms Lee says.

My toilet just exploded.
My daughter “helpfully” took a photo of it.
How’s your night? pic.twitter.com/OGWDXgiimB

“The way that I switch off… I look at my family, my daughters.

“I know that they are my priority. And if I don't switch off for them, then I'm going to miss out on some really key years.”

But she says she loves being an MP for such a diverse electorate.

“For me, it means that I've got to be on my toes to understand what people are going through.

“No day is ever the same. And as I said, I wouldn't have it any other way.”

When asked about her future aspirations, Ms Lee says all politicians should have one.

“I don’t want to just stay in stasis.

“More opportunities to provide leadership in any sort of form means that you’re hungry to do better for New Zealand.”

Read the other parts in this series on Labour MPs Deborah Russell and Jamie Strange or National MP Kanwaljit Singh Bakshi.