On the backbenches: ‘A really weird job’

This is part of a series about the work of various list and electorate MPs around the country. Read the other parts in this series on Labour MP Jamie Strange or National MPs Kanwaljit Singh Bakshi and Denise Lee. 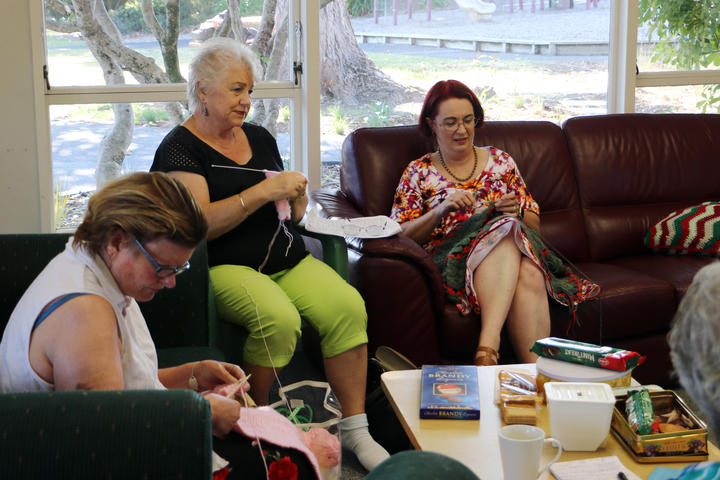 Electorate MP for New Lynn Deborah Russell says while she’s often too busy to able to visit, the ladies at the local knitting group would give her a heads up if there was anything in the community she needed to know. Photo: VNP / Irra Lee

Labour’s Deborah Russell says she gets two days a month off from being an MP.

“It might have been Barbara Kuriger from the National Party who advised us all, as new MPs, to try and have one day a week that was a family day,” Dr Russell says.

She’s been the electorate MP for New Lynn in Auckland since 2017, a role she says felt overwhelming at first because “the work could go on forever”.

“Part of the role, oddly enough, was to learn how to stop doing it and how to carve out time for myself and my family.”

The 120 MPs that make up Parliament are loosely seated in the House according to their role. Ministers and senior members of a party tend to sit near the front, while junior or MPs without a ministerial position sit further back (hence the term ‘backbencher’). 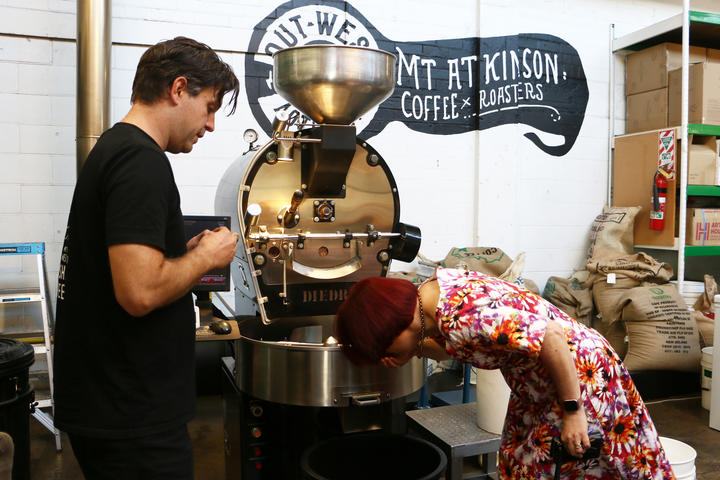 Despite sitting in the backbenches, these MPs still have roles to fill in Wellington as part of select committees or as opposition spokespeople, just as examples. The other side of their role sits in the electorate among their constituents.

With the New Lynn electorate close to the Waitakere Ranges, one issue Dr Russell’s looking into is kauri dieback.

“About a week after the election… I already had someone [from the non-profit organisation the Tree Council] coming to see me about quite a critical issue in the Waitakere Ranges and elsewhere.

“Part of my job was to pick up from her and then, particularly with that particular issue, learn more about it and then go and start lobbying.”

Later on, she says she started getting casework come through the electorate office from individual constituents who needed help with issues like housing, immigration, and welfare.

“Depending on what needed to be done, I would write letters or lobby a minister or try to help that person to get something sorted.” 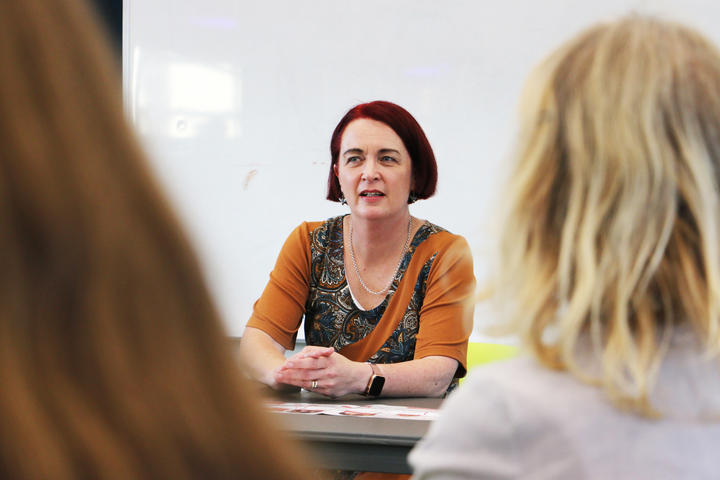 However, being a backbench MP while your party is in Government can be a balancing act.

Dr Russell tells the audience at a public meeting: “I’m a Government backbencher which means that I don’t go out there and lead campaigns saying ‘my God, this Government is doing terribly’. It’s kind of not the space I’m in. But what I have been is a consistent advocate for this electorate.”

Recess weeks give MPs time to reach out to their constituents, such as through public meetings where they can hear about what their representative is doing and ask questions.

This gives MPs an idea about what their communities want them to advocate for. When The House followed Dr Russell around for a day, by noon she’d visited two businesses and completed a round of a large crochet throw with some women at a local craft group.

As a select committee chairperson 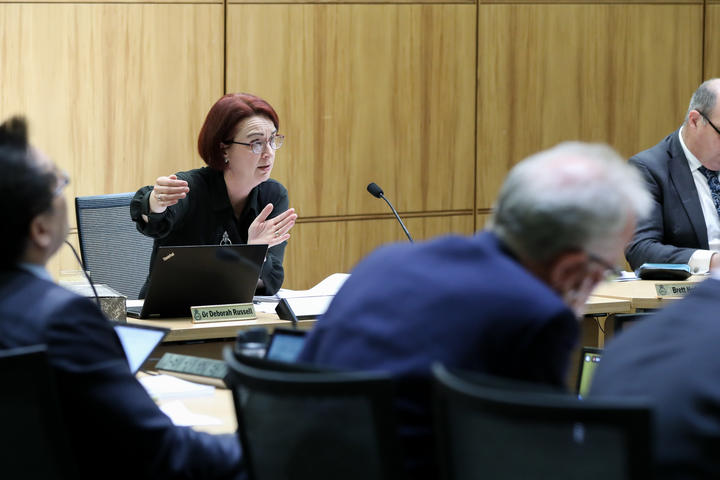 Aside from being an electorate MP, Dr Russell also chairs the Finance and Expenditure Select Committee.

Select committees are formed out of MPs from multiple parties. They examine the details of bills, hear from the public, consider petitions and conduct enquiries. In particular, the Finance and Expenditure Select Committee looks into topics such as economic and fiscal policy, taxation, and revenue.

It’s a select committee quite fitting considering Dr Russell’s background as a former lecturer in taxation for Massey University.

“For many years—I did such a 2000s thing to do—I wrote a blog. In particular, it was focused around feminism. It helped me to try out a number of my ideas.

“Eventually, I thought that I should stop talking and start getting involved.”

But even throughout her academic career, Dr Russell says she’s always maintained her interest in politics. In particular, she says she’s interested in the interaction between big ideas and reality on the ground.

“We can have the loveliest conceptual idea for how to tax fairly and effectively. But, if it's not going to work on the ground, then it’s kind of a useless idea,” she says.

“Of course, it's something we do in politics all the time. We're trying out ideas for how we could run the country better.

“But you've always got to test them against the reality as to how people actually work and behave and think.”

While Government bills are proposed by ministers as part of the Government’s overall lawmaking programme, any MP from any party can create a members’ bill so long as they aren’t a minister. This allows backbench MPs to influence laws that are passed or at least bring a topic to the public’s attention.

However, it takes a bit of chance for these bills to even be introduced in the House because they’re chosen by lottery. MPs are allowed one members’ bill in the ballot at a time.

The first version of the Companies (Disclosure of Payment Practice and Performance) Amendment Bill in Dr Russell’s name was placed in the ballot in mid-2018.

“Initially, it was going to require companies to report on how quickly they paid their creditors,” she says.

Many thanks to @jameslittlenz for all his help, and to @David_Cormack for the inspiration. pic.twitter.com/npDzfpt6kX

Dr Russell says she then realised the terms can be applied more broadly.

“I've just gotten some research from the Parliamentary Library as to how New Zealand's reporting structures work and I'm rewriting the bill to make sure that it will apply to other entities as well.

“Once that’s done, we’ll get it back into the ballot.”

She says the inspiration for the bill comes from a Spinoff piece by David Cormack who wrote about how some larger businesses’ lengthy payment cycles were hurting small businesses because they would have to wait months to be paid. Dr Russell contacted Mr Cormack to offer help.

Dr Russell says she already has ideas for future members’ bills. One topic she’s looking into is getting entities to report the extent to which they know their supply chains don’t use slave labour.

“If I can get the first bill sorted, then it provides the model for saying ‘Hey, what else do we think that companies and other business organisations ought to be reporting on?’”

The odd side effects of becoming an MP

“It's a really weird job [being an MP],” Dr Russell says.

“It has such public aspects and such sort of hidden stuff that most people simply don't know about.”

She says an oddity that’s come with the job is she’s become a better driver since her election.

“I have my face plastered all over my car which means that I have become a very careful driver.

But aside from the “interesting side effects” of becoming an MP, Dr Russell says she'd “like to be a minister one day”.

“But, you know, one step at a time. This year's task is getting re-elected.”

Read the other parts in this series on Labour MP Jamie Strange or National MPs Denise Lee and Kanwaljit Singh Bakshi.