Parliament has a book of rules for how the House and Select Committees function called Standing Orders. But they aren't set in stone.

At the end of each Parliamentary term a group of senior MPs sits down as a committee and considers whether they should change them.

It’s a bit like the captains of the various national rugby sides rewriting the rugby rule book for next season.

The committee that does this, chaired by the Speaker is called the Standing Orders Committee. Last Parliament when they met they invited outsiders to send them ideas for the new rules. This spring it's expected they’ll do the same thing again. 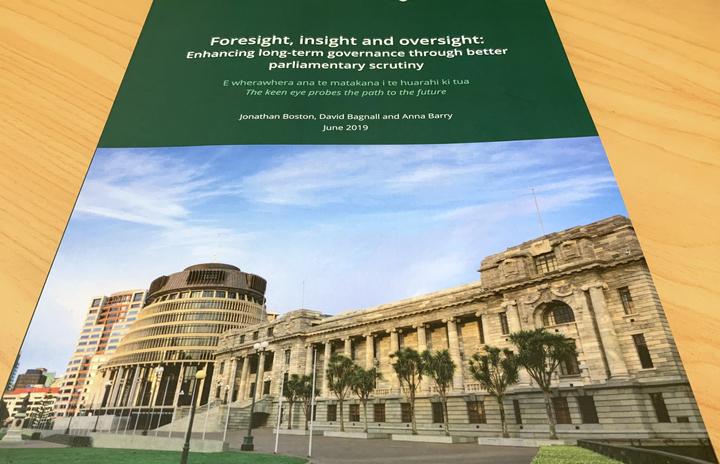 Thinking ahead tot he next review, the Clerk of the House of Representatives David Wilson has already asked for some help in generating ideas for the next review - with a focus on how Parliament can be helped to do its job better.

Particularly how Parliament can be helped to oversight the ‘executive’, the subset of MPs who run the country. That's the job that's often described by journalists and MPs as 'holding the government to account'.

People presume that's the role of the opposition, but it's actually a core function of the Parliament as a whole; including ‘backbench’ MPs from governing parties, who spend much of their time in select committees (along with opposition MPs), investigating government bills, plans, and spending.

The Clerk asked the Institute for Governance and Policy Studies at Victoria University to partner with his team in researching improving the quality of oversight; especially helping MPs to look beyond short term results and goals (where politics often directs MPs’ focuses).

The project outcomes were launched this week with a more than 200 page report of ideas and options that the Standing Orders Committee may want to consider in its next review.

The options in the report are many but they include such ideas as creating a new select committee that focuses on the future, on improving committees’ abilities to garner independent research or analysis; on having committees regularly review state sector stewardship. They even discuss the possibility that a bigger Parliament (more MPs) would better resource committees to keep an eye on the beehive and state sector. And much besides; it’s a big report.

All of this idea-generating work is well ahead of the opening whistle. But sometime soon you might expect to hear calls for ideas for improvements to Parliament’s rules. Last time, the public call went out in September 2016, a year before the election. So presumably the same thing will occur again in the spring.

And generally the public can also contribute so get your ideas lined up.

They might be as complicated as discussions of the limits of privilege, or as simple as suggesting new rules for TV coverage, or that MPs shouldn’t wear ties, or… well, almost anything really.

That’s all up to you.

To help you get started: