When man disappears from sight, the land remains.

When you have no idea of the modern world, when things like a car seem foreign, sugar tastes like nothing you have experienced, how would that feel? The Pintupi nine family experienced that, not long after there were ‘discovered’ in 1984.  They  still lived as hunter gatherers, just as their ancestors had. Their world changed when, in 1984 they were found by chance near Lake Mackey in Western Australia.

The family was thrust into the media spotlight, labelled ‘The Lost Tribe’, displaced from their home and made to feel ashamed due to their lack of clothing. Understandably the Pintupi Nine shunned all other contact with media. Last year it was the 30th anniversary of the Pintubi Nine family being discovered, and due to a relationship built up over time between NG Indigenous Media (based in the Gibson Desert, Western Australia) and the family, some of the family members decided to share their story for the first time in this in-depth documentary, The Pintupi Nine which features in this week’s episode of Te Ahi Kaa.

Hundreds of mourners paid their respects this week to Ngāti Pōrou Leader Apirana Mahuika (1935 – 2015) when he was laid to rest at Rahui Marae, Tikitiki on the East Coast. He was 80 years old and after a period of illness, passed away at his home.  In an archival segment from 1989, Apirana Mahuika talks about the operations of Te Rūnanga o Ngāti Pōrou after it was established in 1985.

Archival material was supplied by Nga Tāonga Sound and Vision. 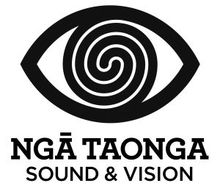