‘In our darkest moment who will you fight for?’

James Rickard is the head tutor of Te Wānanga Whakairo Rākau, the National Carving School based at Whakarewarewa Māori Arts and Crafts Institute, Rotorua. James wanted to be a pilot, but his mum had other ideas, he’s now worked as a carver for the best part of four decades. He talks with Justine Murray about the role of a carver which is not all about restoring wharenui (meeting houses); it starts with learning the history and politics of the iwi and hapū.

Writer Witi Ihimaera begins his fourth stint as a tutor at The Banff Centre in Alberta Canada this upcoming September with a new focus on writers who want to write for theatre. Witi explains the intense 12 week classroom and online learning programme to Justine Murray. 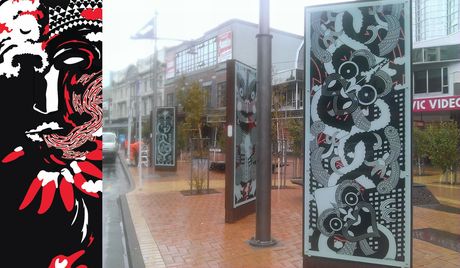 New York’s Times Square is one of the world’s most iconic downtown spaces, so when Johnson Witehira had a few of his māori graphic images displayed on 34 screens over four days, well it was something pretty special. That showing in 2012 was part of the Chorus Digital Art Project. This year on 10th April, Johnson is once again transforming a public space. Wellington’s Courtenay Place will exhibit māori imagery of tupuna (ancestors) that connect to the Mana Whenua of Wellington; Johnson discusses a few more details with Justine Murray.

In 2011 Thomas Fonua took part in the Indigenous Dance Programme with Black Grace Dance Company, last year he returned taking up a spot as a choreographer. He talks about that experience. 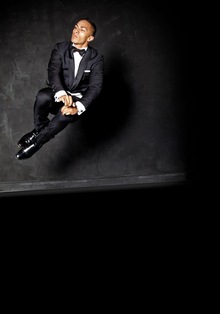