Move your paddle silently through the water

During Awhina Twomey’s pōwhiri when she first joined Whanganui Regional Museum in 2009 (as Kaitiaki Tāonga Māori) she directed part of her kōrero to the tāonga she was now charged with caring for.  She introduced herself explaining why she was there and asked that the relationship be reciprocal i.e they (the Tāonga) look after her as well. When Maraea Rakuraku tours the exhibits that, include traditional traps used to capture fish and birds, descriptions of Korowai and interactive Tāonga Pūoro displays – it becomes apparent the relationship has indeed fulfilled that initial request.

Rim D Paul cut his teeth singing as a kid growing up in Rotorua during the 1950s and 1960s at ‘Hall Dances’ before making his way across the ditch to perform as lead vocalist with the Māori Show band, The Quintikis. In the early 1990’s he moved into choral singing founding the National Māori Choir.  This year the choir reformed as the Aotearoa National Māori Choir and collaborating with The Yoots debuted at WOMAD, Taranaki. Justine Murray catches up with Rim De Paul and The Yoots at rehearsals. 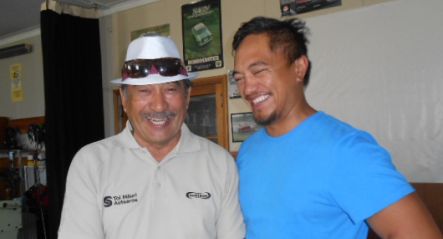 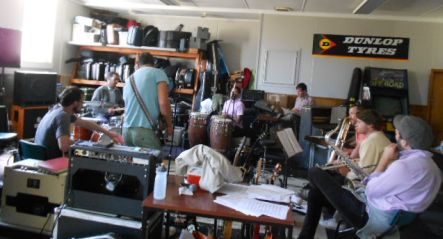 Rehearsing with The Yoots.