Miriama Grace-Smith and Jack Cromie are the creative force behind new fashion label Foresight Customised Clothing.  Incorporating their respective artistic leanings, love of vintage clothing and fashion expression the pair has built up a loyal on-line following in a relatively short time.  They are now looking at transforming that into a bricks and mortar business. Maraea Rakuraku visits them at their Paekakariki base and experiences in the flesh, their bejazzled, sequinised, comic-fied, galaxyed out shoe range. 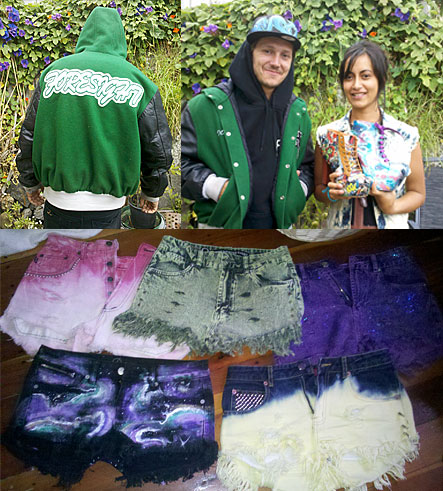 Jack, Miriama, and some of the Foresight range

Māori arts organisation Toi Māori Aotearoa and Songlines Aboriginal Music Corporation conceptualised a Trans-Tasman exchange of music and indigeneity following an expo in Melbourne in 2012. Cue a lightning tour of Wellington by SkinChoir, a choir comprised of Aboriginal and Torres Strait Islanders. Justine Murray heads along to one of their performances.

Maria Walker’s first time directing has been one helluva ride.  The Ngāti Kahungunu actress talks with Maraea Rakuraku about Eve Enslers - The Vagina Monologues and its treatment by an all wahine Māori cast as part of the One Billion rising Campaign.